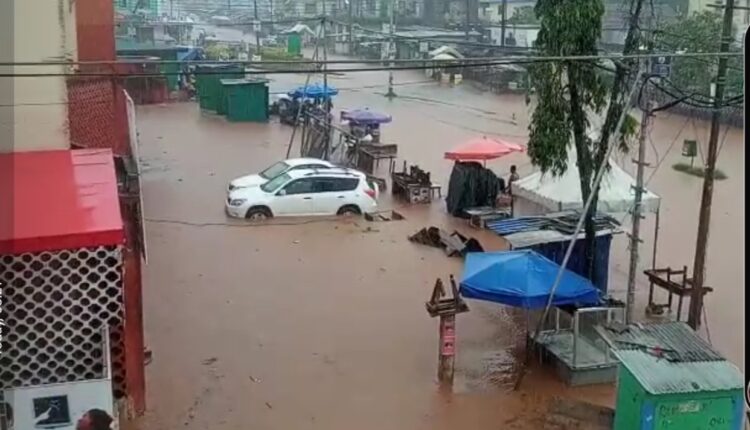 Parts of Sekondi in the Sekondi-Takoradi Metropolis of the Western Region flooded after an hour of torrential rainfall on Wednesday, September 15.

Places like Sekondi Lorry Park, the Sekondi Police Station, Youth Centre and the Independence Square area were all flooded after the heavy rains.

People have attributed the flooding to choked gutters that have not been desilted for so many years.

Speaking to the Assemblyman for the area, Mr Samson K explained that the assembly desilted some selected drains some 2 months ago.

However, due to financial constraints, they were not able to desilt all the gutters in the community or to even simultaneously desilt them.

Also, most of the gutters in the community are old and needs re-engineering which all amounts to money and that is what is lacking at the moment.