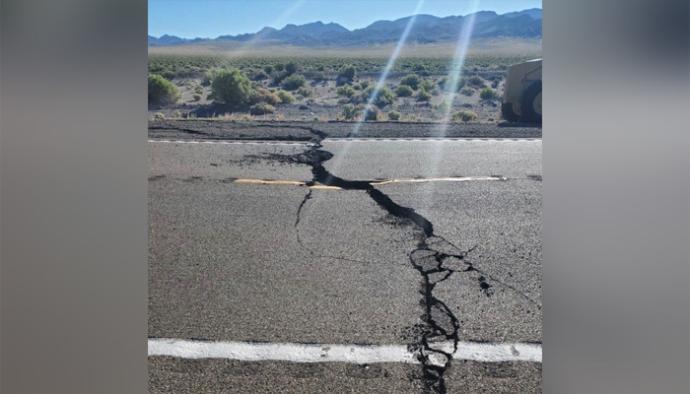 Parts of Ghana have been hit by an earth tremor. This occurred yesterday June 24, 2020, around 11:00 pm. The tremor was recorded in parts of the Greater Accra, Central and Eastern Regions.

Some of the affected areas include Dansoman, Lapaz, Achimota, Tesano, Santa Maria, Gbawe, Weija, Madina, Kwabenya, Nsawam, Koforidua, Swedru among others. Mawuli Zogbenu, a resident of Weija said he experienced the earth three times. Some Ghanaians in the affected areas also took to social media to announce their experiences.

An earth tremor is a relatively small or short-lived movement of the earth’s surface caused by the same forces that produce earthquakes. Earth tremors are strong enough to be felt by people.

Scientists say earth tremors can occur when the force exerted on the rock mass exceeds its strength.
Ghana experienced two earth tremors in 2019 and one in 2018. These tremors were recorded mostly in Accra, the capital.

Coronavirus could ‘smoulder’ in Africa for several years, WHO warns.

“Astroturfs are not good for Ghana” – Solomon Nkansah