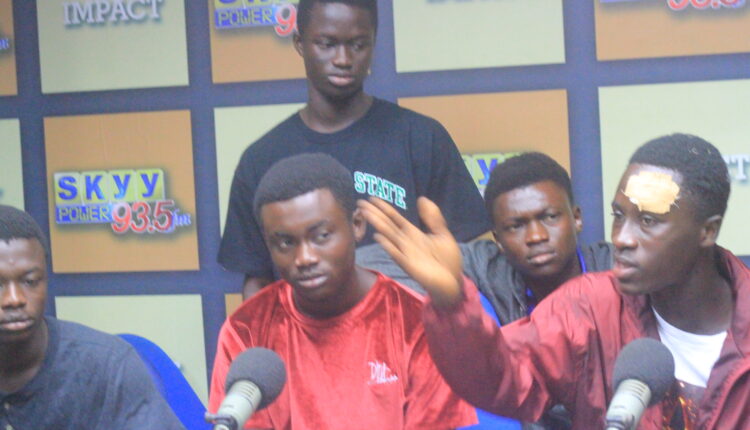 Victims who survived the Appiatse explosion on Thursday, January 20 says several parts of the exploded vehicle killed most of the victims.

Seven (7) young construction workers from Sekondi-Takoradi who went to Appiatse to work on a building, unfortunately, fell victim to the Thursday, January 20, tragedy.

According to reports, a vehicle carrying mining explosive vehicle moving from Tarkwa to Chirano mines collided with a motorcycle resulting in the explosion.

Speaking on the Jolly Breakfast Show on Monday, January 24, one of the young men (name withheld) indicated most of the victims died as a result of their ignorance and the driver did not do anything to help as well.

He indicated since the vehicle was carrying explosives, the driver should have at least warned the victims not to get close to the vehicle but that was not the case, the driver was rather in shock after getting out of the vehicle.

Also, after the explosion which affected them severely, the seven of them separated and started to look around for each other, whiles they were doing so, they found out most people have died.

The victim indicated that people who were not even closer to the scene died as well because parts of the exploded vehicle travelled far to cause damage to them.

He said, “We left the scene after the explosion for safety, on our way, we saw people who have died as a result of injuries they sustained from parts of the vehicle.”

“Looking at the distance, some people were not supposed to get affected at all if not for the parts of the exploded vehicle.”

He noted that the explosion caused him to lose his memory for a period of time but later regained it.