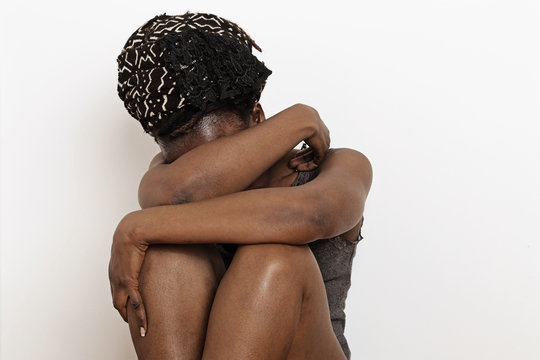 Part 2: Popular Takoradi pastor who blessed my marriage slept with me night before wedding

In the first episode of the story about how a young popular Takoradi based pastor slept with a woman and at the same time officiated her marriage ceremony the next has led many female church members to come out with revelation about the pastor and his act of forcefully penetrating church members as spiritual directions.

Ekua, the first victim to come out to name and shame the said pastor, popularly known as Pastor Jude, was lured into pre and post marital affairs all in the name of ritual/spiritual direction to help her sustain a good future.

Not only was she lured, she was forced into a marriage she was never interested in but because Pastor Jude wanted it to be so, she had no option than to agree and marry her then boyfriend she had no love for.

“Our traditional wedding was done at his house, which was on a Friday. On Thursday, Pastor Jude made me and my husband to be aware of the fact that there is a spiritual battle which will prevent our wedding from coming on, so I will need to sleep at his house so he deliver me from the evil spirit. I was in one of the rooms when he came with a glass of wine for me to drink as part of the spiritual direction. I got a bit tipsy and he removed my clothes, and had sex with me. He officiated and blessed my marriage the next day.”

However, after her marriage, Pastor Jude was still interested in Ekua and manipulator her into hating her husband so much that she denied him sex and stopped cooking for him for good 2 years. Her unpleasant attitude towards her husband caused a separation in the marriage and during that period, she got pregnant for the pastor.

“He told me if I continue to have sex with my husband, it will distort his spiritual work because he has taken me as a wife. Also, he gets angry whenever he sees me and my husband coming to the church together, he preferred us to come separately, in fact, he just wanted a divorce between us.”

The pastor upon hearing the news of Ekua’s pregnancy cut ties with her, blocked her number and denied any personal meeting or phone call but sent money for her upkeep through a third party. Her husband upon getting the information of Ekua’s pregnancy which might not be his, looking at the duration of the last time they last had sex, shamed her publicly, dragged her to court to claim custody of the two children they had together and finalised a divorced.

Moreover, Ekua made it known that after she had giving birth, Pastor Jude started to give her some attention that she was then given several instructions on how to handle the child. Even though he promised to be there during the outdooring, he failed, making Ekua’s mother to have no option than to outdoor the baby without his presence.

“He told me not to allow anybody to visit me, not touch the hair of the baby with a blade and the only places I can take the child is the hospital and weighing. He even gave a specific name which he wrote on a paper to give the child and put on his weighing card and warned me not to allow my mother to see or know about the plan.”

“He promised to give me and the baby GHS200 a month, but failed to give us money for 3 months after my mother confronted Alberta, my brother’s finance after rumours emerged that the pastor was also having an affair with her.

Alberta reported the incident to Pastor Jude which made him to get angry and in a way of punishing me, refused to give me money for upkeep for the next 3 months even though I told him I was not the one who confronted Alberta but my mom. And upon my brother finding out the affair between the pastor and his fiance was true, their marriage which was scheduled a few months later was called off.”

Explaining further, Ekua made it known that Pastor Jude was not giving her any attention for a while which she had no option than to take him to the Court which the mother of Jude was the representative but not himself.

“All I requested was some money to be given for my upkeep at the court and an apartment to live in with my baby. His response was that, since he is not married to me, he is not responsible to give me any money neither will he rent any apartment for me to live in with my other children, rather, he has a family house in Sekondi and if I prefer, I can go and stay there.”

“The only reason I have brought this matter to the media is for him to reverse to his senses and take responsibility for his actions and care for his child.”

Ama, who was a final year Senior High School student when she visited the church for the first time also recounted her ordeal to Skyy Power 93.5FM after hearing that of Ekua.

According to her, the mother was a member of the church which he told Pastor Jude about her daughter in SHS. The pastor then instructed the mother to bring Ama to the church because he would like to get familiar with her.

After Ama going to meet the Pastor Jude for the first time, he proposed for her to join the media group in the church since she was already taking up some classes at a radio station.

“I had no interest to join but the head of media became my friend and called me sometimes to join them when there was a program. Sometimes my mom also take me along to church, this continued for a while and had no option than to become a member of the church and joined the media group.”

“One day I went for a media meeting, which he sent for me through his staff to his office. He asked if I have a boyfriend and I disclosed that we have broken up some six months ago and not dating at the moment.”

“He then told me I am beautiful which is equal to my future and would have to do something for me to sustain my bright future otherwise evil plotters will crush it.”

“Pastor Jude instructed me to keep whatever he will tell me between us and not let anybody, not even my mother know about it.”

According to Ama, Pastor Jude explained to her in order to secure her bright future and give birth when she marries, he will need to insert his sperms inside her. This made Ama to think how that will be possible and after several thought, she finally had a clue that it was sex the pastor was requesting from her.

“After he was done with his speech, I stared in shock for a while which he gave me a wine to have a sip, I refused but forced me in the process. He then informed me that, the wine I just sipped is a symbol of covenant between us and the moment I tell anybody what he just told me, I will die. I felt tipsy and left for my house.”

However, Ama indicated that, as she became a full member of the church, she was helping an elderly female pastor by cooking and washing for her. This then made him to relocate from his parents home to the church’s mission house to help the woman.

It was closer to the church and as the pastor got to know this, he proposed to Ama’s mother, to rather let her come and stay with him so he can help her spiritually and also complete the ritual/spiritual direction he has been talking about which the mother agreed.

“My father disagreed but the pastor kept terrorising my mom with prophesies about seeing my death which she had no option than to agree for me to go and stay with the pastor and to extent of advising me to allow the pastor, have sex with me to redeem me from evil.”

Explaining further, Ama revealed after going to stay at his home, he was ordered to bring a wine for the direction. However, to her surprise, she was not the only one staying at the house, but some other girls who were helping with house chores and other guys from the church as well. According to Ama, Pastor Jude have had sex with all the girls in his house.

Shockingly, she recounted that she was once scolded for closing the bathroom door whiles bathing and was advised to keep the door open whiles taking her bath as it was a rule in the house.

“I told them as for me, I will close the door and nobody can tell me keep the door open whiles in the bathroom. One of the girls warned that Pastor Jude will be very angry with me when he comes to see me in the bathroom with the door closed.”

Apparently, Ama left the pastor’s house to go back to the mission house after her mobile phone was stolen whiles on charge. The pastor tried to calm her many times but she refused.

However, what made her to leave the church for good was when Pastor Jude connived with other pastors to prophesy terror unto her live.

“I got fed up with all these scary prophesies, all in the name of having sex with me which I told my mom I was leaving the church and and never to return. Both of us left and now my mom is now attending a different church.”