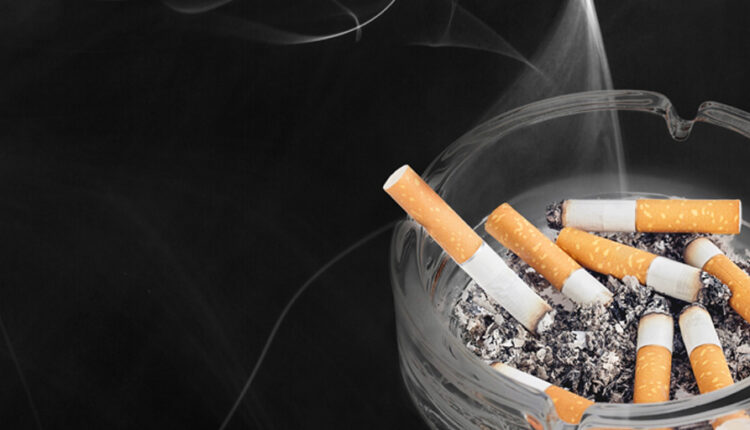 Dr Godfred Seidu Jasaw, a member of the Parliamentary Select Committee on Food, Agriculture and Cocoa Affairs has given assurance of the Committee’s support for a new tobacco tax structure to save lives.

He gave the assurance at a day’s capacity workshop for government institutions and CSO actors on tobacco taxation/control and illicit trade in tobacco products.

Dr Jasaw, who is also a Member of Parliament (MP) for Wa East, lauded Civil Society Organisations (CSOs) and institutions working for a tobacco tax reform, from ad-valorem to specific tax or mixed tax regime to control the challenges of tobacco consumption.

The workshop, which was organised by the Vision for Alternative Development (VALD) in collaboration with the Ghana Revenue Authority (GRA) and Tax Justice Network Africa (TJNA), was attended by some Members of Parliament and representatives from the Food and Drugs Authority (FDA), Kwame Nkrumah University of Science and Technology, Ministry of Health, Ministry of Finance, GRA.

Mr Jasaw urged GRA to put the evidence together and submit it to the Ministry of Finance and then forward it to Parliament, adding that; “Eventually when it becomes law, we will all enforce it to the letter for Ghana to be better for all of us.”

Dr Olivia Boateng, Head, Tobacco, and Substances of Abuse and WHO FCTC focal person of the FDA said tobacco taxation was a strategy for effective control and reduction in the product use among lower-income groups and in preventing young people from starting to smoke.

Dr Boateng said: “Though progress in its implementation has been slow, the government of Ghana uses tobacco taxation to generate revenues,” adding; “Currently, the government uses the ad-Valorem excise systems which are based on the ex-factory price or cost, insurance, and freight (CIF).”

She said according to the Ministry of Health, total excise tax revenue declined under the specific tax and this convinced government to revert purely to ad-valorem tax structure in 2010.

Dr Boateng stated that the implementation of specific tax in 2008 and 2009 saw revenues increasing from GHS19 million to 28 million.

“The ad-valorem tax structure has CIF as the basis for determining the tax payable. While the tax rate (175 per cent of CIF) was high compared to the rest of the sub-region, the tax structure is such that it has an exceptionally low tax proportion of the retail price,” she said.

Dr Boateng said the implementation of a mixed strategy of Ad-valorem and specific tax was proposed by stakeholders to control the affordability and accessibility while increasing government revenues, adding that the policy proposal was in line with the recommendations of Article six of the WHO Framework Convention on Tobacco Control (FCTC).

She said under this hybrid system, the current import excise tax of 175 per cent Ad-valorem be maintained and the introduction of a specific tax component of per pack of 20 cigarettes with the option of adjustments to cater for inflation.

Dr Alex Moyem Kombat, Assistance Deputy Commissioner Strategy, Research Policy and Programmes of the Ghana Revenue Authority (GRA) said discussions on the change of the tobacco tax was far advanced between the Ministry of Finance and the GRA.

“I must say that not too distance a time the Ministry of Finance would make some positive pronouncement on the issue,” he assured.

Touching on the illicit tobacco trade, Dr Kombat said the products were mostly imported from neighbouring countries, namely, Burkina Faso, Togo, and Cote d’Ivoire with most of them coming from Togo.

“GRA has stationed prevented officers along several border posts to check illegal entry of the products,” he said, adding that it was illegal not to pay taxes on imported tobacco products and that culprits have been arrested with their products confiscated.

Dr Arti Singh of the School of Public Health, KNUST who presented key findings on the illicit trade in tobacco said one in five cigarette packs sold in Ghana was illicit, the sale of single sticks as common and close to half of the illicit tobacco products originated from Togo.

She said there was the need for the enforcement of the illicit tobacco protocol for country-specific tracking and tracing system, training and capacity building of custom/immigration officials, and the police for effective border control.

Dr Singh said the law on the sale of single sticks must be enforced and that the CSOs should continue to carry out educational campaigns to retailers on tobacco laws and illicit tobacco products while strengthening efforts to monitor the tobacco industry.

Mr Rodgers Kidiya, a Policy, Research and Advocacy Officer of TJNA made a presentation on significance of tobacco taxation and illicit trade from best practices and lessons for Ghana and countering industry interferences.

He said higher tobacco taxes would significantly reduce consumption and increase government revenue, adding that the counterarguments about the negative economic impact by the tobacco industry were false and overstated.

“Taxes generally are considered to be one of the ‘best buys’ in non-communicable disease prevention,” Mr Kidiya stated.