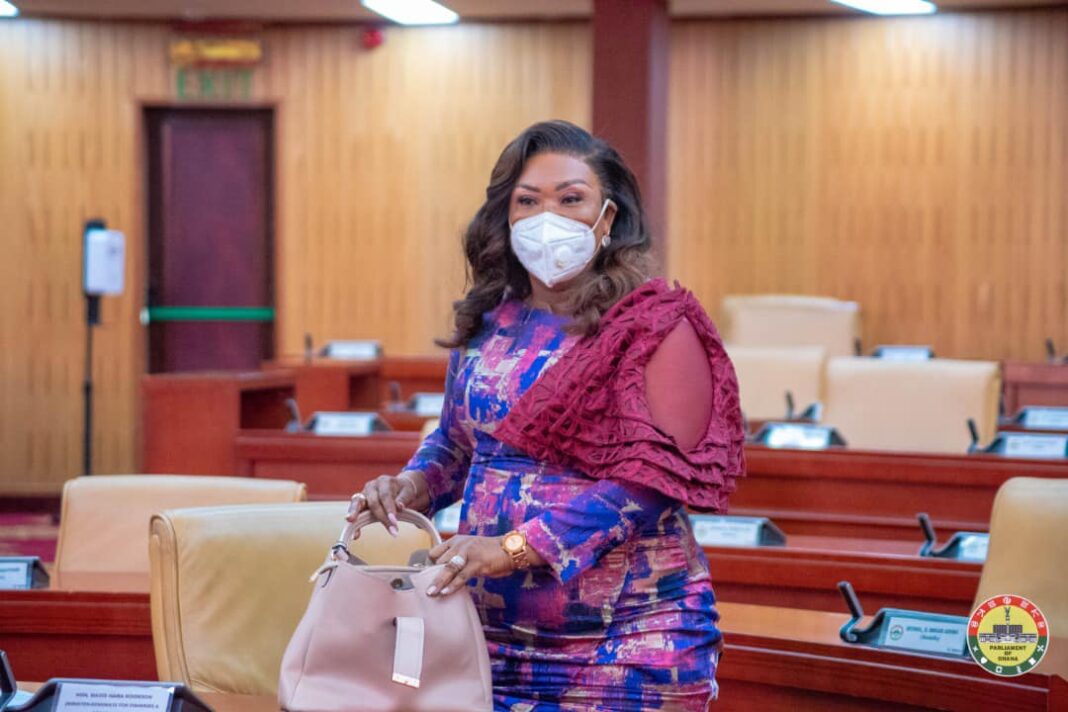 A cross-section of Ghanaians, including some players in the fisheries sector, have raised several concerns about the nomination of Hon. Mavis Hawa Koomson to lead the fisheries and Aquaculture Ministry. They argue the MP-designate has no knowledge of the sector she has been assigned to.

The public concerns are coming few hours after the vetting of Hon. Hawa Koomson on Thursday, February 19, 2021.

The Member of Parliament for Bodi in the Western North Region, Mr. Sampson Ahi asked the Minister-designate to define fish farming, and state some importance of fish farming. Mrs. Hawa Koomson, in response, said she will try and answer them.

Her answer took social media by surprise, with some users flogging her for the answers. They are of the view that Hawa Koomson’s performance before the committee was abysmal. Others are questioning if there is no other position that will be fit for her knowledge and skills set.

The general performance was very bad, she could not answer most of the questions which indicate she had no knowledge of the fishing sector. We expected that coming from a fishing community, she could have done better. She had one month before her vetting and she could have prepared.

Speaking in an interview with Skyy Power FM, the Programs Manager of Friends of the Nation (FON), a social-environmental Non-Governmental organization (NGO) Mr. Kwadwo Kyei Yamoah expressed disappointment about the responses of the Minister. She added that some players in the fisheries sector raised issues about her nomination.

“She was asked about Policy direction for women in the sector question but she could not answer. This is very shocking and interesting. When her nomination came up we raised concerns and advised the government not to put her up for the position. Today she has vindicated our concerns. There are a lot of issues in the sector and we wanted someone who could have fixed the challenges. But we think parliament must reject her. We will be disappointed in the appointments committee if they should go ahead and approve her”. She noted.

All You Need To Know About Kobby Okyere Darko-Mensah, the Western Region Minister-Designate