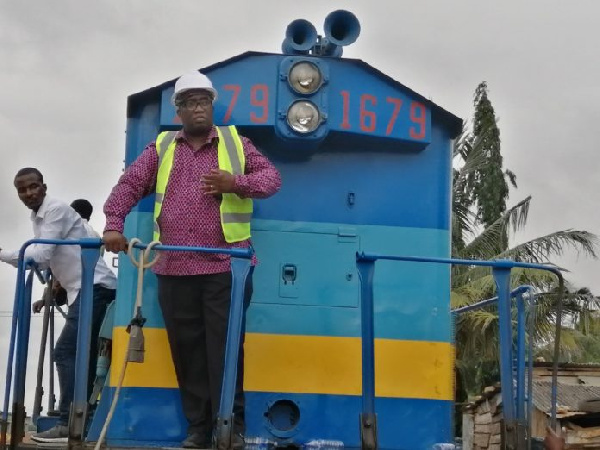 Parliament of Ghana has approved a total of 598.7 million Euros loan agreement between the Government and the Deutsche Bank to finance the construction of sections of the Western railway lines.

The agreement covers the proposed construction of the Standard Gauge from Takoradi Port to Huni Valley.

Additionally, the House also approved a request for waiver of import duties, import VAT, NHIL, GETfund levy, Exim levy, special import levy and Domestic VAT amounting to €72,287,717.64 on project materials and equipment to be imported for the execution of the project.

The terms and conditions of the loan agreement consist of a facility amount of €523,000,000 out of which €432 million is for the project, and €91 million for the insurance premium tenure of 18 years.

Also, the terms and conditions of the Commercial Loan include the facility amount of €75.7 million out of which €68 million is to finance the project and €7.7 million for the upfront fees and legal fees.

Chairman of the Finance Committee Dr. Mark Asibe Yeboah, who presented the Report, said the scope of works include the construction of approximately eight kilometres of standard gauge railway tracks connecting the existing convertible narrow-gauge tracks from Takoradi to the Takoradi Port for easy and efficient access for cargo handling.

He said conversion of the 10.6km convertible narrow- gauge tracks between Takoradi and Kojokrom from narrow gauge to standard gauge would include conversion works and materials required a well as the supply of 10 new standard gauge turnouts.

The Chairman said the construction of the new standard gauge railway line from Manso to Huni Valley was approximately 70km of single-track lines, including 10km of double loop lines to improve access to express trains and give priority to passengers over cargo.

Ranking Member of the Finance Committee Caisel Ato Forson, in seconding the motion, observed that the terms and conditions of the loan were fairly attractive.

He, however, raised concerns about the insurance premium of 17.37 per cent flat rate of the facility agreement.

He urged government to look at the country’s increasing debt levels, which he said was becoming untenable.