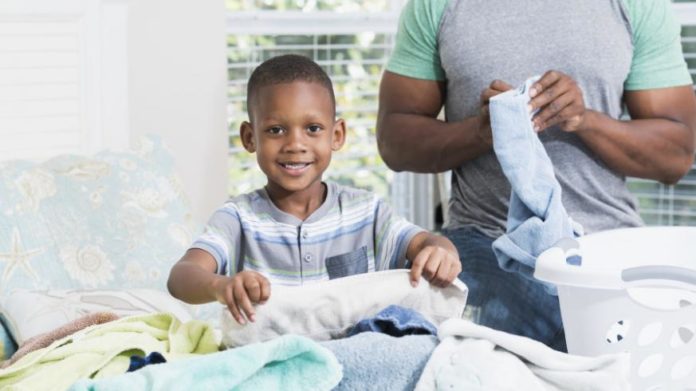 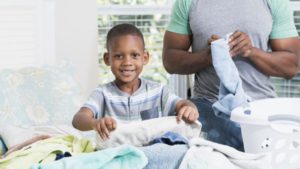 Parents play an important role in their children’s upbringing, regardless of whether or not they are able to control every factor in their development. Parents are responsible for imparting important life skills to their children like how to clean, how to cook, how to shop, how to budget, and how to fetch water.

However, in the African setting mostly, from birth, many parents tend to lead boys and girls on different tracks. Tasks like fetching water, collecting firewood, or taking care of younger siblings are the girls’ responsibility. This is largely considered a woman’s ‘natural’ responsibility.

Consequently, in poor families girls are often the first to sacrifice important opportunities to learn, grow, and enjoy their childhood.

A study titled “Harnessing the Power of Data for Girls: Taking Stock and Looking Ahead to 2030”, released by UNICEF ahead of the International Day of the Girl Child, found out that girls still do more household work compared to boys.

A girl aged 5-9 spends an average of almost four hours per week on household chores while older girls aged 10-14 spend around nine hours per week on these activities. In some regions and countries, these numbers are twice as high.

The study found that on average in the three countries, which are in Africa, with the highest prevalence of involvement in household chores, more than half of the girls aged five to 14 spend at least 14 hours per week, or at least two hours per day, on household chores (Somalia 64%, Ethiopia 56% and Rwanda 48%).

According to gender  experts,  these different gender roles can take females and males in very different directions in life, ultimately influencing  how much women will work, and how little their effort is valued and can sometimes even impede good female-male relations.

This unequal distribution of labor among children also perpetuates gender stereotypes and creates a burden of unpaid care work for women and girls across generations.

Holding Grudges Is Not Good For Us.