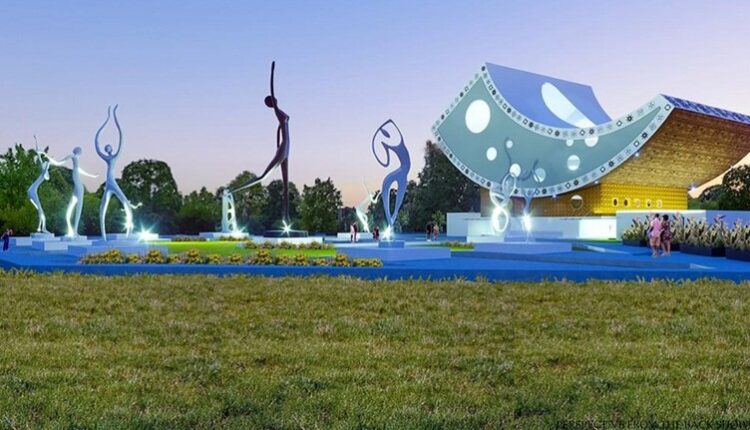 A ground breaking ceremony will be performed on Wednesday, May 5, for the construction of a 30-million dollar Pan African Heritage World (PAHW) Museum at Pomadze Hills, near Winneba Junction in the Central Region.

A statement issued by the Communication Department of PAHW, copied to the Ghana News Agency, said the project, which was launched in September 2020 by President Nana Addo Dankwa Akufo-Addo, would communicate the true and authentic history, arts, culture and ideals of the Pan African world from the creation of mankind to the present day.

It said apart from the main building housing the six-storey galleries of collections and artefacts, there would be a two-acre Pan African Heroes Park, a two-acre Palace of African Kingdoms, ancient and modern, and a three-acre Herbal Plant Village where lectures on herbal plants in Africa would be held.

The statement said there would be space for festivals, concerts, film shows and exhibitions from the wide pan African world.

It would also have chalets and residential accommodation for lodging and conferences.
Funding for the project would be mainly through donations.

“The Pan African Library building will bring together young innovators and inventors from across the world to exchange works on science and technology to solve future problems,” it said.

Registered as an International non-governmental organisation in Ghana, United States and the United Kingdom, the PAHW was governed by an International Board of Directors, an Academic Council, a Curatorial Board, and an Executive Council.

The museum, envisaged to be the biggest in Africa, is the brainchild of Mr Kojo Yankah, past President of PANAFEST and Founder of the African University College of Communications. It is expected to be completed in July 2023.

The May 5 sod-cutting would be performed by President Akufo-Addo, assisted by Dr Mohamed Awal, the Minister of Tourism, Arts and Culture, the statement said.

Among the special guests invited are members of the Diplomatic Corps, Heads of corporate organisations in Africa, prospective donors and educational institutions.

Mr Kojo Yankah said: “The time has come for people of African descent to tell their own story to shape their future.”