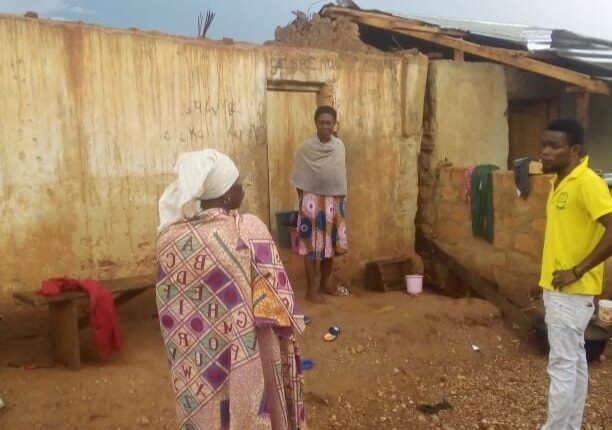 About 30 houses have collapsed in Wasa Mameaso in the Wassa Amenfi East District of the Western Region following a heavy downpour in the area.

Some communities also have the entire roofs of buildings ripped off with lots of properties lost or destroyed.

Hon. Fredrick Korankye, the MCE in the area said the communities like Oppong Valley, Bawdie and Nkyen Ase were the hardest hit and they are currently mobilizing resources to assist those affected.

He disclosed that those whose houses were located at the banks of the rivers will be relocated to avoid further damage adding that some communities have already, in their own small way started mobilizing to reconstruct their damaged structures.