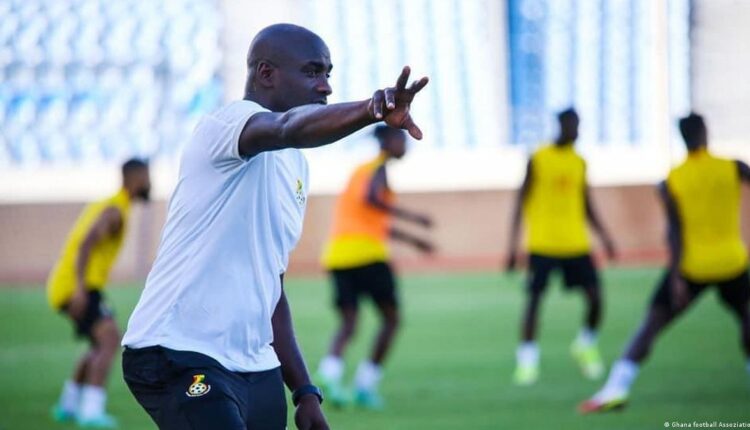 Otto Addo has announced his resignation as the Head Coach of the senior national team of Ghana, Black Stars following the elimination of the team from the World Cup.

Ghana needed a draw or win against Group H opponents, Uruguay to make it to the round of 16 stages of the competition, but suffered a 2-0 defeat to the South American side.

The 47-year-old speaking in a post-match interview said it was time for him to focus on his role at his club side.

“Yes, I said it before when I started as an assistant coach in October last year. It was clear I would stop after the World Cup. At the moment, I and my family see our future in Germany, and I like my role at Dortmund and we are very happy there.”

According to the Coach, his resignation was not due to Ghana’s elimination in the World Cup, but he stated that he would have done the same even if his side had won the tournament.

Coach Addo had been one of Ghana’s best coaches in recent times, having transformed a team which performed poorly in the 2021 African Cup of Nations and had no hopes of making it to the World Cup in Qatar.

He was appointed as one of Ghana’s two deputies for then-coach, Milovan Rajevac before taking the assignment as Interim Coach for the senior side.

Coach Addo helped Ghana to book its fourth World Cup qualification against Nigeria in a two-legged encounter, which got Ghanaians backing him to take up the role as head coach.

His performance gave assurance that he could do the job well as he was given the nod to lead the side to the World Cup.

The Dortmund trainer became the first Ghanaian coach to win a World Cup match with the Black Stars after beating South Korea 3-2.

Ghana and Uruguay faced elimination in Group H as Portugal and South Korea sailed through to the next round of the competition.

The Ghana Football Association is yet to appoint a new head coach for the senior side to lead Ghana to the next African Cup of Nations in Ivory Coast.