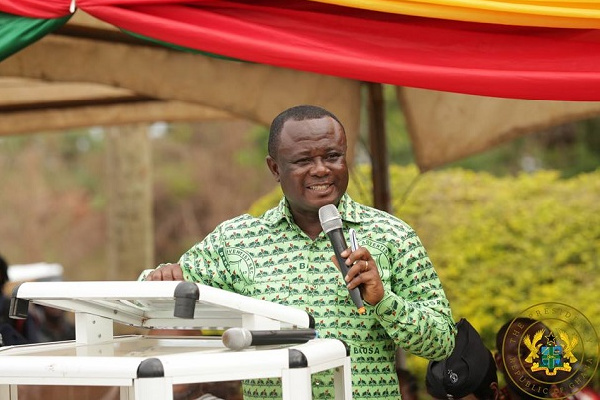 Mr Joseph Osei-Owusu, Chairman of Parliament’s Appointment Committee has refuted claims by Minority members of the Committee that three nominees of the President for ministerial roles have been rejected by the committee.

According to him, the Appointment Committee has no power to be rejecting anybody, saying theirs is to make recommendation to the House to either accept or reject the approval.
“There is nothing which is going on here that is final. If we understand that, I think it will influence our decision.”
Mr Osei-Owusu refuted the allegations prior to the Appointment Committee’s hearing on some Regional Ministers Designate, at the Parliament House, in Accra.
The hearing was for vetting nominees of President Akufo-Addo as Ministers of some political administrative regions.
Besides, there were claims in the media that 13 members of the Minority on Parliament’s Appointment Committee had voted against the approval of three of the President’s ministerial nominees.
The report also suggested the Minority members had caused the deferment of a decision on five of the nominees as well.
According to Mr Osei-Owusu, when the committee met on Monday, March 1, 2021, none of the issues published in the media was discussed; and so he was surprised to hear of the Minority’s claim of rejecting three of the President’s ministerial nominees.
He urged the Minority members of the Appointment Committee to stay away from making public pronouncements which go to undermine the integrity of the committee.
He bemoaned the attitude of such members who purport to be speaking for the committee, but which the committee had not asked them to, saying they should not make the Minority’s position as the decision of the committee, which has not taken such decision.
“If you go out to say a person said something, but the video shows clearly he did not say the things you alleged he said. And you purport to be speaking for the committee, which has not asked.
Mr Haruna iddrisu, the Minority Leader and Ranking Member of the Appointment Committee in statement before the start of committee’s hearing indicated that the Appointment Committee had collectively taken some decisions.
He said the Chairman was expected to forward to members some clarifications on concerns raised by the Minority on nominees such as Mrs Mavis Hawa Koomson, Dr Owusu Afriyie Akoto, Mr Kojo Oppong Nkrumah among others.
He said the Minority, in relation to the nominees was demanding better and further particulars on the role they played while in public life.
He said the committee was guided by article 94 of the 1992 Constitution in its decision that it takes on the nominees subject to satisfactory responses from them.
SOURCE: GNA
Appointment CommitteeJoseph Osei-Owusu
You might also like
News