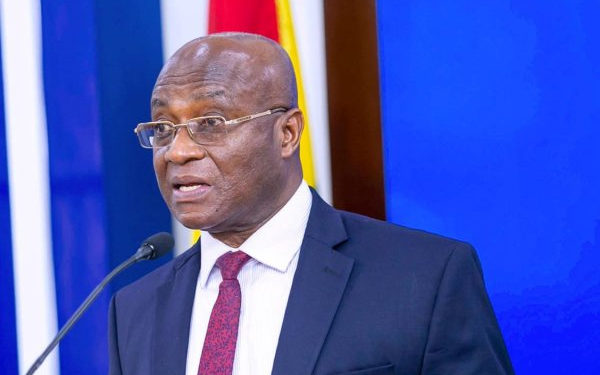 Osei Kyei-Mensah-Bonsu, the majority leader in parliament, has urged the government to stop funding the Metropolitan, Municipal, and District Assemblies, where galamsey is growing.

The Suame legislator believes that this punitive action is the most effective strategy to defeat unlawful mining.

He also blamed several DCEs and chiefs in the mining towns for their reckless leadership in the government’s poor attempt to combat the threat.

He added that certain chiefs have supported the growth of such activities because they stand to gain financially from the galamsey.

The minister of Parliamentary Affairs claimed in a media interview in Kumasi that this ground-breaking strategy will aid in addressing the persistent threat.

He said, “Government has not been successful in its fight against galamsey. If we want to be drastic, I will suggest that we (government) should get the chiefs in the districts involved because the chiefs and the people in those areas are part of the problem. Every year the government makes provision for Common Fund to the assemblies, so any assembly encouraging galamsey activities should be denied its share of the common fund.”

He added that the MMDAs would be responsible for making sure that their operations did not contaminate the nation’s water supplies if it turned out that mining at those assemblies had been authorized by law.