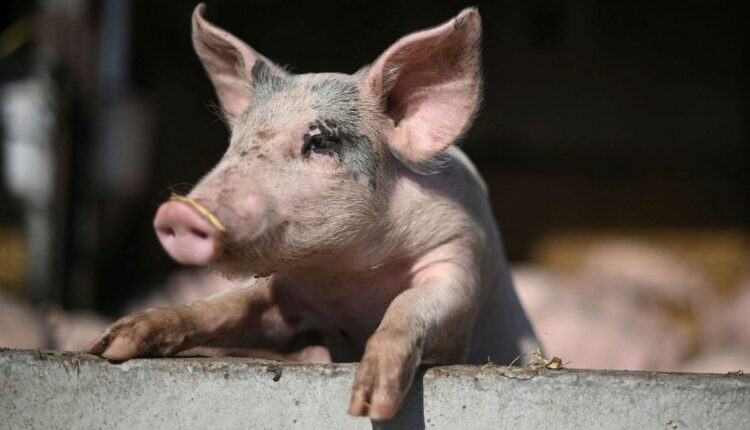 Scientists from Yale University in America have revived the heart of a dead pig in a groundbreaking experiment.

The researchers were able to resuscitate some organs an hour after the death of a pig, and the “very important” breakthrough is very optimistic about transplantation.

This included pumping replacement blood, which also contained blood clotting agents, through the animal’s body to slow its breakdown and quickly restore some heart, liver, and kidney function.

After 6 hours, the organs, including the heart, were partially resuscitated.

“We made cells do something they weren’t able to do when the animals were dead,” team member Zvonimir Vrselja, a neuroscientist at Yale University in New Haven, Connecticut stated.

The revolutionary experiments could have a profound impact not only on medicine but also on the future of human life.

Published in the journal Nature, the experiment involving about 100 pigs was carried out after receiving ethical approval.

However, these organs no longer function at the same level as before death.

Dr Zvonimir Vrselja said: “Things are not as dead as we previously presumed – we have demonstrated that we can actually initiate cell repair on a molecular level. We can persuade cells not to die.”

The pig’s head and neck at some point began to move on their own. This may be a sign that they have regained some motor function, but further research is needed.

Neuroscientist Dr David Andrijevic said it was a “quite startling moment. However, he said it was “not indicative of any mental activity on the part of the pig”.

There was evidence of brain recovery. However, there were no brain waves or electrical activity indicating consciousness or awareness.

The director of critical care and critical care research at New York University, Sam Parnia said that the study was “absolutely remarkable and very important” and could help explain reports of near-death experiences.

He stated that the technology could be used to give doctors more time to treat people suffering from lack of oxygen, such as those who died from drowning or a heart attack.

He also said that it could “bring such people back to life many hours after death”.