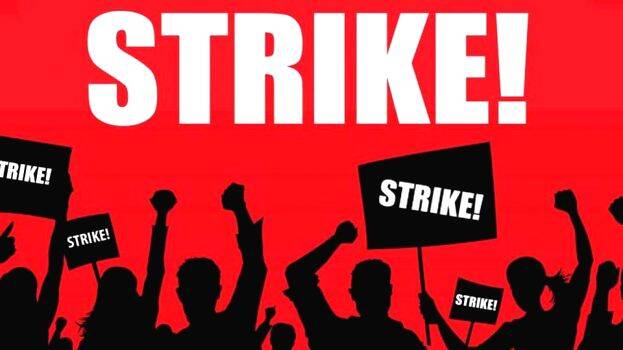 Organised Labour, a union of workers operating in both the public and private sectors of the economy, has threatened a nationwide strike over high cost of living in the country.

The action is to push the Government to adjust workers’ basic pay to meet the rising levels of inflation, which is making it difficult for them to meet basic needs.

Dr Anthony Yaw Baah, Secretary-General of the Trades Union Congress (TUC), said this ahead of negotiation of minimum wage for 2023 at a pre-May Day forum in Accra on Thursday.

He said Organised Labour would go on strike should the Government fail to ensure that the minimum wage of workers matched the inflation rate.

He added: “The National Tripartite Committee has started the process towards determining the minimum wage for this year, for us, that’s a do or die.”

He said the leadership of Organised Labour was working to ensure that the minimum wage for workers for every year was not below the inflation rate.

The Trade Unionists said considering the consequences of the current inflationary pressures on the income level and economic hardship of workers, it was only prudent for the Government to give workers reasonable increment in their salary.

He said: “If we negotiate four percent and seven percent, inflation is now 19. 4 per cent, we should not even tell them. They should come out to tell us that we know how you are suffering, therefore, we want to help you.”

He said that was because prior to the onset of the pandemic and the conflict, workers were faced with economic hardships due to disparity on the salary structure, which affected those on the Single Spine Pay Policy (SSPP), the most.

Mr Johan Ivanov, Resident Director, Friedrich Ebert Stiftung-Ghana (FES-Ghana), also noted that: “Joblessness, precarious jobs, informality – hundreds of thousands of young people who will not be able to find decent jobs – that’s the reality we’re facing; and this reality has implications for the stability of institutions and the State.”

He added that: “Throughout the region, we see that similar preconditions are leading to instability, and COVID-19 is not the ultimate explanation for all these problems as often used by politicians and other decision-makers.”

He, therefore, urged Organised Labour to position itself to be able to challenge development models that were increasing inequalities and benefiting only the elites.

However, the Government and employers offered four and seven per cent respectively for 2021 and 2022 noting that the impact of COVID-19 had made it impossible to go beyond the proposed figures.