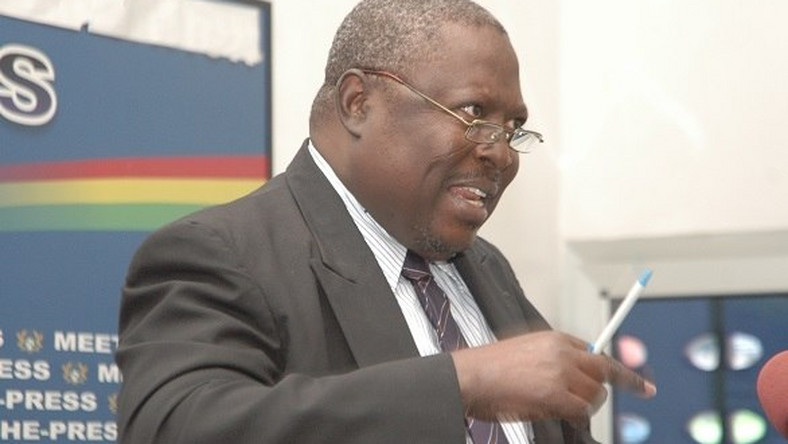 Open Letter To The Office of Special Prosecutor(OSP)

I am your admirer, and I admire you for the simple reason that your gut precede your fame. Indeed, my admiration for you goes back to the days when you singlehandedly took on the status quo under the Mills’ regime. You left government on a matter of principle – simply because you didn’t get the needed support from the then president to prosecute corrupt officials.

You moved on and metamorphosed into a “Citizen Vigilante.” Your exploits against Alfred Woyome and Watervill Holdings remains the brightest spot in your legal career.

And it came as no surprise when the Akufo-Addo regime appointed you as Ghana’s foremost Special Prosecutor. It’s been over two years since you assumed the role and to imagine that you are still crawling even though you promised to hit the ground running from the word go is a profound statement which draws light on the utter ineffectiveness of your high road rhetoric. Majority of Ghanaians have devoted their lives to help you succeed, and I had pinned my hopes on our ability to do that. Sadly, its been no show so far.
All the perceived white colour crimes and corruption that you promised to tackle now pales into insignificance in the light of happenings and that’s the danger for your office.

Many people have been disappointed in their expectations of the rigorous fight against corruption and social justice.
Ghanaians are getting disillusioned because the OSP have not been able make an example of any corrupt official yet.
The perception seems to be that you’re failing.

But sir, all that can change with the way you handle the Airbus corruption case that the President of the Republic has brought to your attention.

Paragraph 136 of the US Court documents actually described Government official I as having a reputation for bribe taking.

“Government Official 1” had such a reputation as a prolific bribe-collector that within three weeks of the election of the incoming Government, AND BEFORE IT WAS SWORN IN, Airbus reached agreement with brother of “Government Official 1,” described in the US version of Court documents as “Individual 1.”

Sir, you are very conversant with this case and I don’t intend to bore you with any lengthy details. Then again, the fact that Airbus SE has agreed to pay nearly $4 billion to resolve foreign bribery and other charges with authorities in the United States, Britain and France speaks volume.

The aircraft maker has admitted using intermediaries over several years to bribe government officials and airline executives in order to win lucrative contracts the world over including Ghana.

The protagonist have agreed to have committed the crime, and this has made it very easy for any country mentioned in that case to ‘fish’ out the culprits involved.

All the leads provided in the ruling makes it easy for anyone to know the personalities involved. It’s a colossal one and there’s already a transcript of Hansard in parliament in relation to these matters; there’s also evidence of Mills activating investigations into these matters of which parliament extensively debated on. The minority then raised the initial alarm but as usual it was discarded for political correctness reasons.

Sir, the devil is in the detail and everything is crystal clear. The only thing unclear is how much of the total bribery amount these corrupt officials shared among themselves.

The Akufo-Addo government has done the needful by triggering the investigative processes to unmask the true identity of the code-named individuals involved in this massive web of corruption.

Under the provision of criminal investigative work, all complaints of criminality should be given the attention they deserve. The excuse that the office of the Special Prosecutor lacks resource is an unjustifiable excuse which fosters a culture of apathy within an institution that Ghanaians expect so much from.

The nation cannot afford the replications of dormant institutions, who bask in task delegation but have little interest in upholding the supremacy of the law and its protective provisions against citizens.

Excerpts of Judge Dame Victoria Sharp’s verdict on the matter simplified my thoughts:
“The seriousness of the criminality in this case hardly needs to be spelled out. As is acknowledged on all sides, it was grave. The conduct took place over many years. It is no exaggeration to describe the investigation it gave rise to as worldwide, extending into every continent in which Airbus operates. The number of countries subject to intense criminal investigation by the various agencies, and the scale and scope of the wrongdoing disclosed in the Statement of Facts demonstrate that bribery was to the extent indicated, endemic in two core business areas within Airbus.”

Sir, Ghanaians will not be satisfied with any shoddy investigative work and quick fixes (i.e. prosecuting the weakest link instead of the entire unit of an elaborate and extensive criminal network that supervised the Airbus corruption.

I look forward to seeing the OSP carry out its prosecutorial mandate in this watershed case without any fear or favour. Thank you.