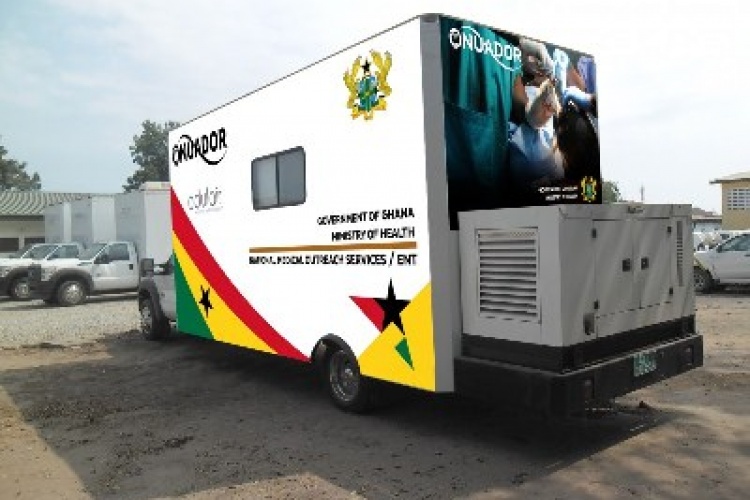 Member of Parliament for Sefwi Wiawso, Dr Kwaku Afriyie has rated that the procurement and planned operationalisation of the Mobile Health Vans, christened ‘Onuado Vans’; by the John Dramani administration, is a wasted investment.

According to him, the policy that inform that initiative was ill-conceived as it failed to assess conditions to support its sustainability. The specialised vans were designed for general medicine, ophthalmology, dentistry and audiology assessment and were meant to bridge the gap between urban and rural healthcare.

Commenting on arguments raised by the minority in parliament for the renovation and operationalisation of these vans, Dr. Afriyie stated that the operational cost coupled with other conditions, were not prudent, justifiable and worsts to it; unsustainable.

“It is a useless concept..forgive me for my harsh words. As a doctor i wouldn’t have recommended that concept. If you look at the operational cost vis a vis the conditions they are managing… we would have been better off not using them” he told host of the Jolly Breakfast Show, Samuel Kojo Brace in an interview this morning.

He justified that succeeding governments have had to forgo such initiatives due to some deficiencies in policies that drive them.

“… I cant fathom why anybody would think of introducing this thing [Onuado Van] to this country. Because we have this CHPS compound, a relatively better network infrastructure in the sub-region, among others.  So its better we build on that, than moving medical  personnel to villages to treat patients…that are not emergency situations with these vans, is a waste of funds, waste of personnel an very, very unsustainable” he fired.

Dr Afriyie continued that the mobile health van model should be abandoned, and that government should consider selling them to another country that might find it useful.

“I will not recommend they use that Onuado model to run health services in Ghana, anytime. In my opinion, we need to sell them to a country that have a need for them” he stated.

Dr Afriyie added that the cost of running those vans could equally be used to maintain and upgrade existing health post into hospitals, that he argued “will be a prudent choice”