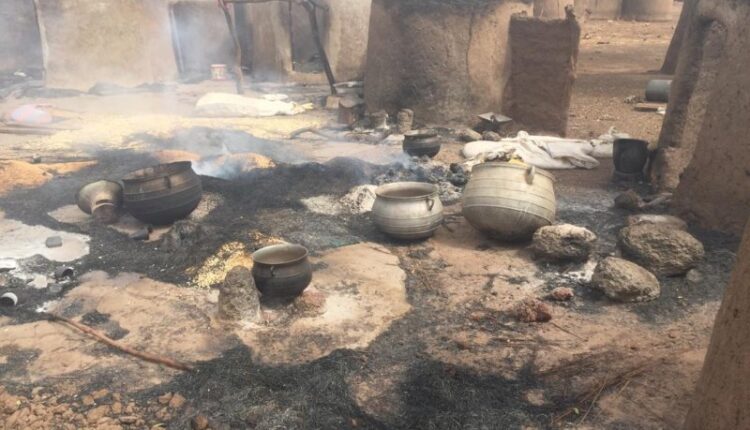 One person dies in a renewed Yong Chieftaincy clash

One person died with three others, sustaining various degrees of injuries in a renewed chieftaincy clash at Yong Dakpema Yile, a farming community in the Tamale Metropolis of the Northern Region.

The Ghana News Agency gathered that four houses belonging to the combatants were set ablaze.

Mohammed Chimsi, one of the contestants for the skin in the dispute and his wife were among the three injured, and are receiving medical attention from the Tamale Teaching Hospital.

Police personnel detailed to the scene to bring calm were allegedly attacked by unknown fighters who fired uncontrollably targeting the men in uniform, although none of them sustained an injury at the time of filing this report.

The Northern Regional Police command has deployed more personnel to the community to ensure the peace and safety of the property.

The Yong Dakpema Yile community has been nursing a protracted dispute between two brothers over who is the rightful heir to the Yong skin.

The community for a long time has experienced protracted Chieftaincy conflict leading to fatal clashes and destruction of property.

Northern Regional Crime Officer, Superintendent Bernard Baba Ananga explained that the police had initiated investigations into the incident to establish the immediate cause of the renewed clash and to help factions get lasting solutions to the conflict.