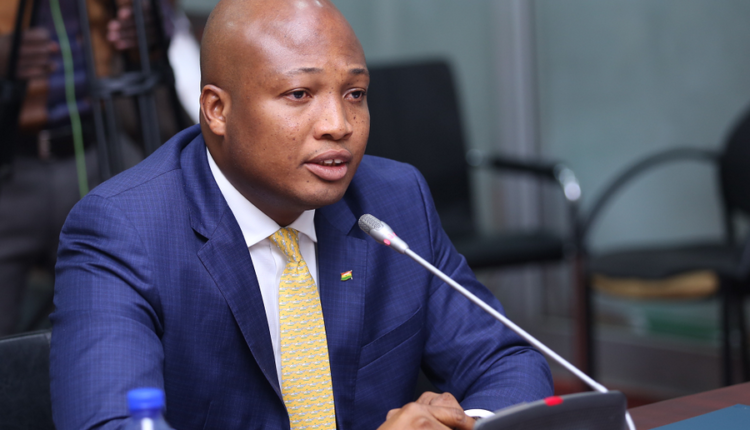 Okudzeto Ablakwa: How does your hairstyle determine the content of your character?

A vigorous national debate is raging outside the confines of this hallowed chamber following the decision by management of Achimota School to deny two Rastafarian students wearing dreadlocks admission unless they are willing to cut their hair and conform to the school’s rules.

It is worth noting that the insistence by the school’s management continues despite the students: Tyrone Marhguy and Oheneba Kwaku Nkrabea having qualified for admission under the Computerized School Selection and Placement System (CSSPS) and despite an earlier directive from the Ghana Education Service (GES) instructing that the students be admitted.

The controversy has not been short on drama and extreme passionate positions by various actors as matters appear to have reached fever pitch. The apparent vacillation by the GES which suggests that it lacks a definite stance on the issue has further muddied the already turbulent waters.

Adding to the intricacies is what many consider the hardline position the National Association of Graduate Teachers (NAGRAT) has taken on the vexed matter in issue.

Before I proceed further, I shall like to humbly appeal to all parties to calm tempers. All the key actors must beat their swords into ploughshares and be willing to find an amicable resolution of the matter for where there is a will there is a way.

As someone who has been both a student leader (President of the National Union of Ghana Students, before that Press Secretary of the University of Ghana Students’ Representative Council (SRC) and much earlier Trustee of the Greater Accra SRC in my secondary school days) and therefore for many years advocated for the rights and welfare of fellow students and as one who later became a policy formulator and implementer as Deputy Minister for Education; I intend to share what I respectfully consider to be an objective perspective on the matter with the view to attempting some recommendations on the way forward.

To my mind, this seems to be a conflict between fundamental human rights and what defines our notion of discipline in schools.

Article 17 (2) of the 1992 Constitution is unambiguous: “A person shall not be discriminated against on grounds of gender, race, colour, ethnic origin, religion, creed or social or economic status.”

Article 21 (1) (C) further provides: “All persons shall have the right to – freedom to practice any religion and to manifest such practice.”

Article 28 (4) is emphatic: “No child shall be deprived by any other person of medical treatment, education or any other social or economic benefit by reason only of religious or other beliefs.”

These Constitutional imperatives together with our enviable status as the first country in the world to ratify the treaty on the Convention of the Rights of the Child on 5th February, 1990 impose an obligation on all of us to be circumspect in fashioning out policies, rules and guidelines that would not undermine or be injurious to the general wellbeing and the rights of the child.

It is also trite knowledge that various educational institutions at all levels strive to maintain discipline by adopting a code of conduct, school rules or general “dos and don’ts” to regulate the school environment. Without a doubt, the absence of some level of rules and regulations may lead to some degree of chaos which could impede smooth academic work. Let us be honest, even in the broader society, the essence of law is fundamentally to prevent anarchy and the nastiness and brutishness of man as Thomas Hobbes is want to say. It is in that regard that various institutions including non-academic institutions such as this Parliament has rules contained in our Standing Orders which regulates our conduct and outlook in many respects.

In addition, we also need to carry out a sincere reflection on our notion or understanding of discipline. How does a mere hairstyle affect discipline or militate against discipline? What really is the concern about dreadlocks by African students and yet there seems to be no worries about long free-flowing Caucasian hair? Why is it that we do not take issue when our teenage female students wear wigs but we immediately get alarmed if they decide to wear dreadlocks or treat their natural hair in any form or shape they please?

If I may ask: how does your hairstyle determine the content of your character?

We must also be more honest to admit that though the current debate has been triggered by the plight of the two Rastafarian students, other minorities such as Muslims, Traditionalists and Atheists have faced and continue to grapple with severe discrimination in our school system. We cannot encourage the tyranny of the majority. the current debate should afford us the opportunity to carry out sweeping reforms. When one observes the Ghanaian education landscape, there is clearly a kaleidoscope of varying rules from private to public schools. Like many, I am yet to come across any convincing research that pupils in more liberal private school environments grow up to be less useful to society when compared with their counterparts in so-called stricter public school environments.

I recall that as one of two Deputy Ministers to Prof. Naana Jane Opoku-Agyemang, we fought against the rules/practice in many public schools where pregnant girls were dismissed and prevented from writing their final examinations. We also sought urgent reforms in the Colleges of Education after the passage of the Colleges of Education Act, 2012 (847) which made them fully-fledged tertiary institutions and insisted that compulsory rules on wearing uniforms and dismissing pregnant students must no longer be countenanced.

In many other jurisdictions, far reaching reforms have taken place about school rules so as to build a fairer, just and equitable society. Let us not through school rules introduce an apartheid regime albeit via the backdoor. This is the reason I will condemn statements to the effect that Rastafarians should build their own schools. As a non-presbyterian who was admitted to PRESEC, I feel terribly offended by such reckless statements.

As I have noted earlier, we need to rethink our concept of discipline in our schools. Getting pupils and students to appreciate diversity and the beauty of different backgrounds, beliefs and creeds does not undermine discipline by any stretch of imagination. Tolerance and accepting unique identities at that age cannot be inimical in any educational system. It is rather an awesome positive quality to imbibe in our children. In any case, don’t our children see the people we are refusing to admit all around them in real life and in their reading materials?

We must quickly fix this mess and get away from the distraction. The two students and all minority students facing blatant discrimination must be admitted immediately in the interest of their supreme welfare as the Children’s Act, Act 560 demands.

The real threat to discipline, edification and relevance in our schools are not Rastafarians. The real threats are: bigoted incendiary textbooks, outmoded curriculum, poor teacher motivation, lack of investments in quality and access, poor attempts at embracing blended learning, STEM and AI, and an erratic double track system.

Let me be clear, I am not opposed to all school rules and traditions, I am opposed to those that are patently discriminatory and backward.

I believe the time has now come for this House and the Ministry of Education to set minimum standards and clear parameters consistent with our laws on what constitutes acceptable rules in our schools. The current chaotic ecosystem cannot be allowed to prevail.

We should be guided by our history – the remarkable vision of Osagyefo Kwame Nkrumah in building national cohesion and cementing bonds of coexistence by the boarding school policy he championed. My fear is that if we do not pay due regard to the current deterioration, all those gains which have spared Ghana ethnic conflict and identity tensions shall be eroded.