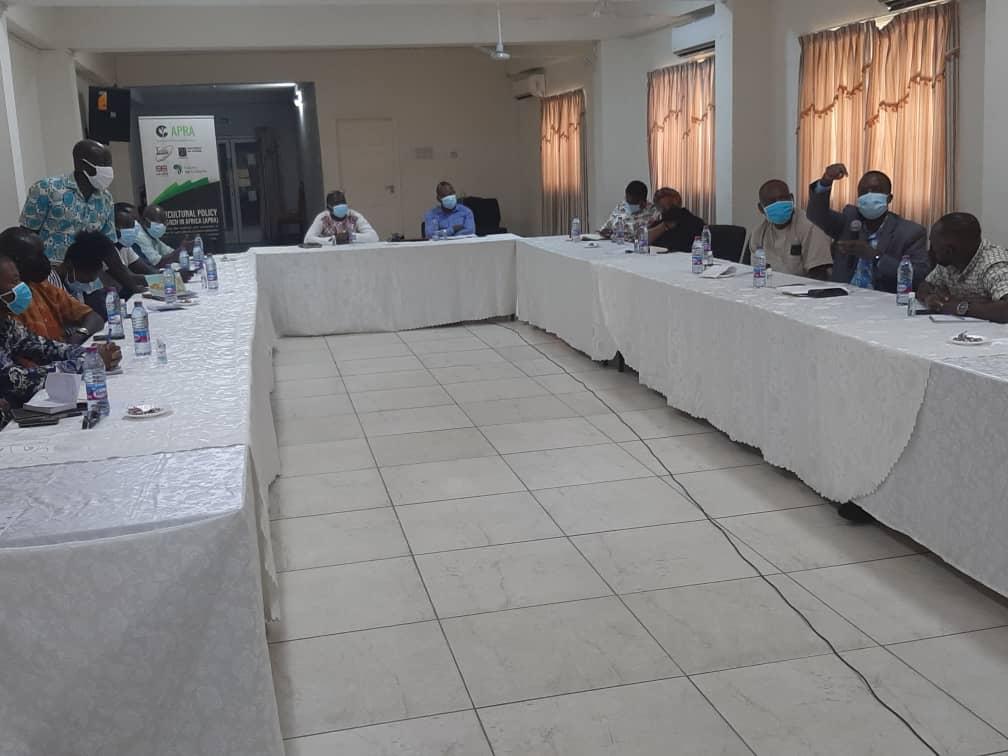 Oil palm farmers advocate a Board for sector

Oil Palm farmers and processers in the Western Region have called on the government to institute an oil palm Board to address the needs of the sector.

The Board, they noted, would help to address the many challenges in the sector and maximize the huge potentials in the oil palm value chain.

The farmers made the call during the Agricultural Policy Research in Africa (APRA) Project dissemination workshop organized by the University of Ghana Institute of Statistical, Social and Economic Research (ISSER).

The workshop discussed a project by a team of researchers from the University of Ghana who analyzed the impact and outcomes of agricultural commercialization on rural poverty, empowerment of women and girls, food and nutrition security in Ghana and six other Sub-Saharan African countries.

Specifically, the research explored which farmers engaged with oil palm commercialization arrangements, analysed the poverty implications of participants in the arrangements and how these outcomes differed across different groups.

Mr Evan Koomson, a farmer from Aketanchie in the Ahanta West Municipal, in discussing the research pointed out that the oil palm value chain had huge potentials.

However, it was saddled with many challenges, including the non-availability of a ready market, the land tenure system, activities of oil and gas companies and the lack of cooperative associations and board.

He explained that because most oil palm farmers operated under the land tenure system, the land-owners easily take away the lands from them when they get richer tenants like oil and gas companies and illegal miners.

Mr Koomson pointed out that the only solution to the problem was for the government to institute a board just like the COCOBOD which would effectively monitor and handle the challenges confronting the oil palm industry.

Dr Kofi Takyi Asante, Research Fellow at ISSER, who took the participants through the research findings, said the oil palm was selected for the research because it was considered a national priority crop because of its potential to reduce poverty, the wide geographical coverage and its used for both food and cash crop.

He pointed out that currently one out of 10 industrial crops, the oil palm was the second most important.

Dr Asante said oil palm has a large growth potential but fortunately Ghana was unable to meet the global demand for the product.

The Research Fellow said in all 20 Communities in Mpohor and Ahanta West were selected of which 726 farming households were interviewed.

On Findings in oil palm commercialization, he explained that 27 per cent farmers had direct sales to oil palm companies, 33 per cent sold their products through agents, 29 per cent independently sold on the local market while 11 per cent artisanals processed into palm oil, alcohol and soap.

On livelihood outcomes, the research showed that farmers who sold their produce directly to the OPCs earned more and were happier while those who sold through agents and independently sold on local markets were less happy.

The research revealed that there was a huge potential for enhancing the sector’s productivity, smallholder performance and welfare access to financial and resources as well as the ability to deal directly with OPCs or independently process produce.

APRA is a five-year research programme that builds on more than a decade of research and policy engagement work by the future Agriculture consortium.

It is to produce new information, an insight into different pathways of Agriculture commercialization to assess their impacts and outcomes on rural poverty, empowerment of women and girls, food and nutrition security in sub-Sahara African.