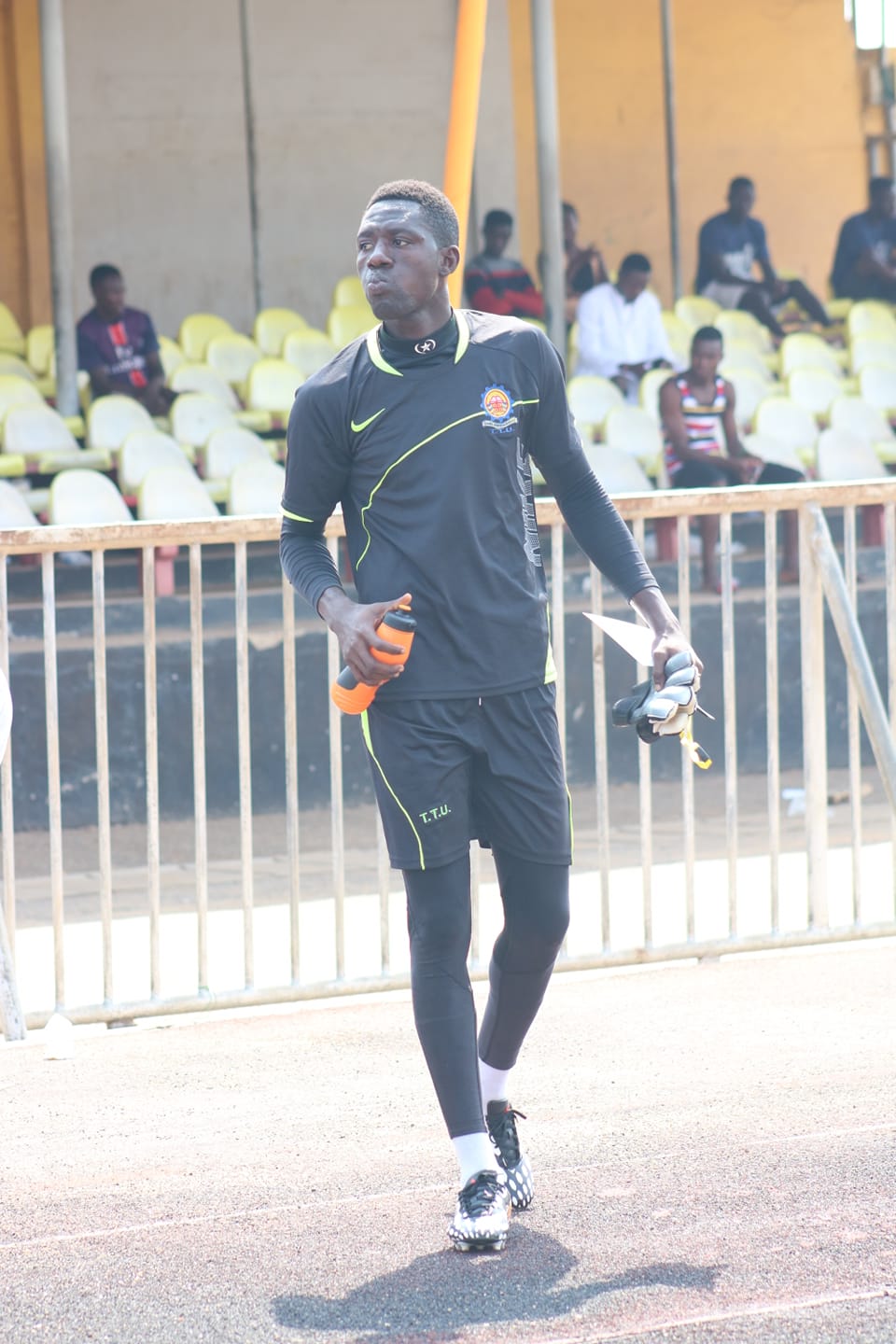 The teenage shot-stopper has been one of the the most sought-after pair of hands in the Western Region. The HND Graphic Design certificate holder was the University’s number one goalkeeper for the last two football seasons at the STMA Zone II.

The 6.4feet goalie led University football team to two successive finals in the Ghana Technical Universities Games (GHATUSA) in Bolga (2017) and Accra (2019), winning the Best Goalkeeper Award at both meetings.

Francis Yeboah, known for his super reflexes, reactions and recoveries, had been linked to many clubs including Legon Cities, Medeama FC and Sekondi Hasaacas, until Friday morning when Skyy FC pulled a fast one to clinch a deal with the University team.

“I had a lot of offers, both Ghana and outside but I am so happy to be joining Skyy FC. It’s a good for me to be a part of this promising squad and to work with coach Malik and all of the playing body, I want to reach the very top and i think at this stage, Skyy FC is good for me” , he told Radio Premier, a campus radio at the University.

Takoradi Technical University Stars is the only University football team in Ghana which is registered as a member of the Ghana Football Association.