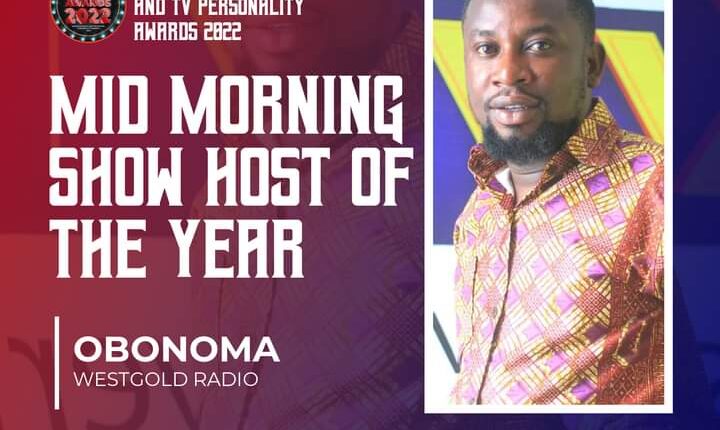 Isaac Kwabena Obonomah who is the host of the Golden Brunch on Westgold Radio, a subsidiary of Skyy Media Group has been adjourned Mid Morning Show Host of the year at the just Western Radio and Tv Personality awards.

Obonomah who is known for his jovial style of presentation and his versatility in the media business has garnered himself the love and admiration of the general public.

Obonomah has won the award for this category twice, solidifying his position as the best in the region and beyond.

Skyy Media Group congratulates and wishes him the best and may he continue to soar higher and higher.

“I am grateful to Wilson Arthur, and I will forever be…