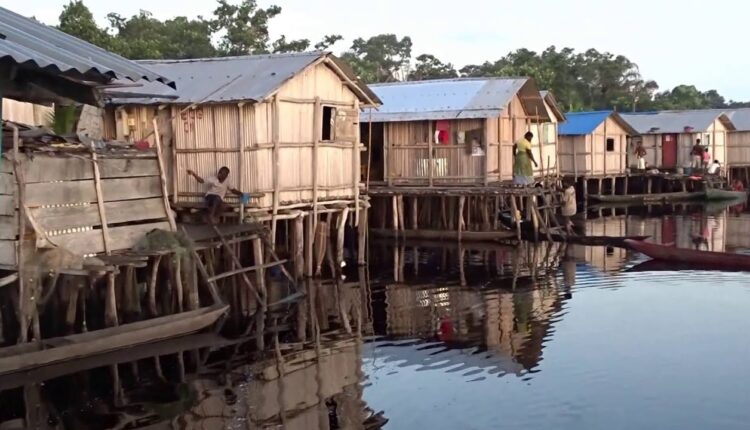 Residents of Nzulezo,a village on stilts in the Jomoro municipality of the Western Region believe that the local gin (Akpeteshie) produced in the area is the best in the country.

They claimed that the area produces top-quality Akpeteshie that can compete with other gins even in the international market.

This came to light when the Western Regional Minister, Kwabena Okyere Darko-Mensah visited the community as part of his working visit to the municipality.

The Minister, who was accompanied by the Municipal Chief Executive, Louisa Iris Arde was elated that apart from being a tourist attraction, the Nzulezo community now produces the best akpeteshie and herbal medicines.

He stressed the need for proper packaging of the products so they would be attractive and compete with other on the market.

Later in an interview, the Minister said the region is poised to strategically position itself as the preferred tourism destination in Ghana.

He said though the Central Region leads when it comes to tourist attractions, the Western Region intends to take over the leadership role following significant measures being put in place to turn around the fortunes of existing tourist sites.

The Minister who also visited Fort Apolonia in the Jomoro municipality remarked that other potential tourists site in the area would be developed to attract more tourists to the region.

He also assured that the region would continue to pursue planned activities to achieve the vision.

He disclosed that plans are afoot to introduce Nzulezo festival annually during which a canoe kayaking competition would be organized to entertain the people.

He believed that such an initiative could be a tool to leverage to promote tourism and development.

The MCE, Madam Louisa Arde also indicated that the assembly intends to help put the Nzulezo community and its activities on social media so that many people will get to know and visit the place.