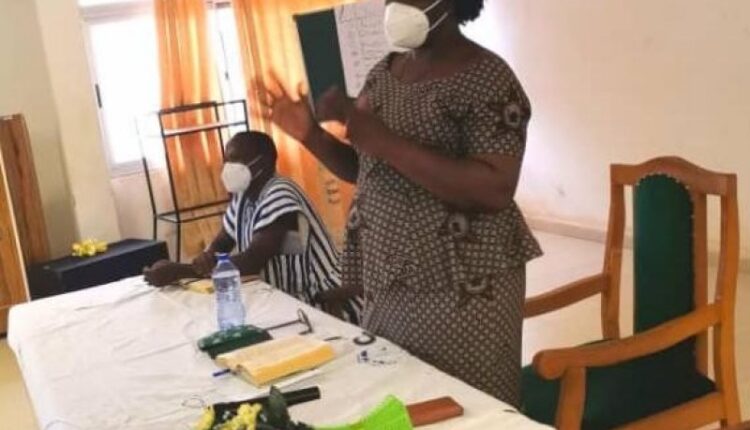 Dr Vida Yakong, the Dean of the School of Nursing and Midwifery at the Tamale campus of the University for Development Studies (UDS), says nursing and midwifery practice has evolved from skill-based to academic.

“These days the demand goes beyond just having a certificate, nurses and midwives need to upgrade to realise the quality of service”.

Dr Yakong said this in an interview with the Ghana News Agency (GNA) after she facilitated a day’s workshop on career development in the nursing and midwifery profession, organised for nurses and midwives in the Bolgatanga Municipality of the Upper East Region.

The workshop, which attracted professionals in nursing and midwifery was organised at the instance of the Bolgatanga Municipal chapter of the Ghana Registered Nurses and Midwives Association (GRNMA).

The Dean said it was appropriate for nurses and midwives to acquire new skills, knowledge and the right attitudes that would help them deliver better services.

“But we do have the system factor and that is whether the employer would support nurses and midwives to go through the programmes. It means management would have to be engaged to realise that it is important for their staff to sharpen their skills.”

She said it was appropriate that such workshops were organised regularly to motivate individual nurses and midwives to begin looking at the next step in their career and its impact on society.

She disclosed that the University would site its nursing and midwifery programmes across some Nursing and Midwifery Training Colleges in the Northern, Upper East and Upper West Regions for easy access to nurses and midwives without study leave but desire to upgrade their knowledge.

She said plans were underway to site one of the programme centres in the Savannah Region to ease the risks and stress nurses and midwives go through travelling across other Regions to improve their knowledge.

Dr Yakong said the initiative to decentralize the programmes would help members of the GRNMA to progress quickly.

Mr Anoyas Iddrisu Musah, the Bolgatanga Municipal Chairman of the GRNMA told the GNA that the workshop was the initiative of the Association to inform its members about the various career progressions and academic programmes at their disposal and plans were underway to organise more workshops, refresher training programmes for members.