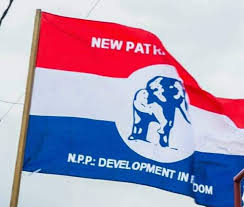 The Communications Directorate of the ruling New Patriotic Party has rebutted a media reports that suggested the Western Region Chair of the party, Francis Ndede Siah, has endorsed the candidature of the incumbent Member of Parliament for Kwesimintsim, Joseph Mensah for the 2020 parliamentary elections.
According to the Regional Communications Officer, Issah Fuseini, the statement made by the Chair has been misconstrued to suit a political agenda, one he describe as inappropriate for the upcoming parliamentary primaries.

Below is the full statement:

The leadership of the New Patriotic Party in the Western Region by this disclaimer seeks to react to the content of a video that supposedly portrays the Western regional chairman of the ruling NPP Mr. Francis Ndede Siah openly supporting the incumbent MP for Kwesimintsim ahead of the constituency primaries on 20th June 2020.

We want to state on authority that the chairman per this speech only wanted to appeal to the good people of Kwesimintsim to rally behind the NPP parliamentary candidate in the general elections.

It should be noted that the said comment was made in the presence of a very diverse audience . There was therefore the need to use that opportunity to win extra support for the great NPP party.

Our chairman remains neutral and supports both aspiring and incumbent NPP parliamentary candidates contesting in the upcoming primaries.

We therefore urge all persons to disregard any reportage that suggests otherwise .

We wish all the parliamentary candidates the best of luck. May the best candidates win.
Thank You.