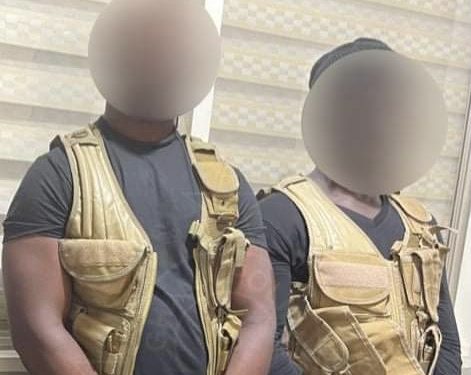 NPP Okaikoi South Constituency Elections: Suspects to reappear in court on May 10

John Essel Baah and Enock Kwame Bosompem, the suspects who were arrested at the ongoing NPP Constituency Executive Elections wearing Police clothing, have been remanded to reappear on May 10, 2022.

A news brief from the Police said a third suspect, Ebenezer Painstil, who was later arrested, was also put before the court and remanded to reappear with the other accused persons on May 10, 2022.

An earlier statement signed by Deputy Commissioner of Police (DCOP) Kwesi Ofori, Director-General, Public Affairs and copied to the Ghana News Agency, said the two suspects were spotted on Thursday, April 28, 2022, at the Okaikoi South Constituency where voting was taking place dressed like police officers.