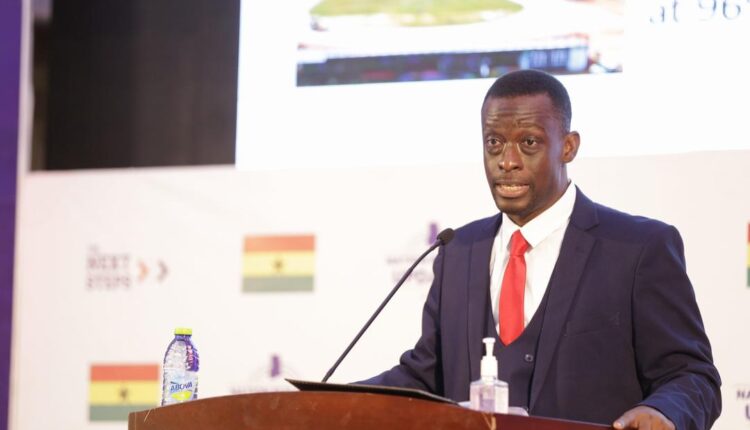 The New Patriotic Party (NPP) government cares more for the people of Nzema than any other political party in the nation, according to Western Regional Minister Kwabena Okyere Darko-Mensah.

He claimed the multiple construction initiatives the current administration is undertaking, particularly in the Jomoro municipality and the Nzema region.

“I can state with confidence that the NPP government is the best because, in its brief time in power, the government has demonstrated a greater commitment to satisfying the needs of the people for development,” he said.

As part of his three-day working tour to the Nzema region, the regional minister made the observation while inspecting some ongoing government projects in the Jomoro municipality.

The Regional Minister went to the nearly finished new government hospital in the district of Elubo.

The 42-bed healthcare facility contains an infectious disease centre in addition to an outpatient department, a theatre, and staff housing apartments, among other things.

When completed, it will provide healthcare delivery to the people in and around the Jomoro enclave and help reduce pressure on the Half Assini Government Hospital which is currently the only hospital that serves the whole of Jomoro.

In order to safeguard the nation’s oil reserves, the minister also went to the area where a Forward Operating Base (FOB) is being built at Ezilinbo.

A fortified forward operating level military location known as a FOB is frequently utilized as a military base to support tactical and strategic aims.

When finished, the Base will be a military operating base that will allow for advanced military planning and coordination for the protection of the nation’s offshore oil fields.

Messrs. Amandi and Vuluxx are building the infrastructure, which will have a breakwater, a jetty, a double-lane tarmac road, berthing facilities, and housing for military personnel.

By the first quarter of 2024, the minister promised, the entire project would be finished and put into operation.

He spoke “President Akufo-Addo is currently constructing a military base in Jomoro that was originally erected in Sekondi by Kwame Nkrumah. In actuality, the president is bringing about change in Jomoro, and everyone must cooperate with him “.

He revealed that the Jomoro area’s new petroleum centre will generate roughly 780,000 employment.

In order to address the overcrowding of transit vehicles in the border town and the disorderly parking of cargo trucks in the municipality, the minister also examined an ultra-modern articulator truck terminal at Elubo.

The Municipal Chief Executive, Louisa Iris Arde also heaped praises on the government for doing more for the Jomoro people in spite of the global economic crisis that has had a toll on the country’s economy.