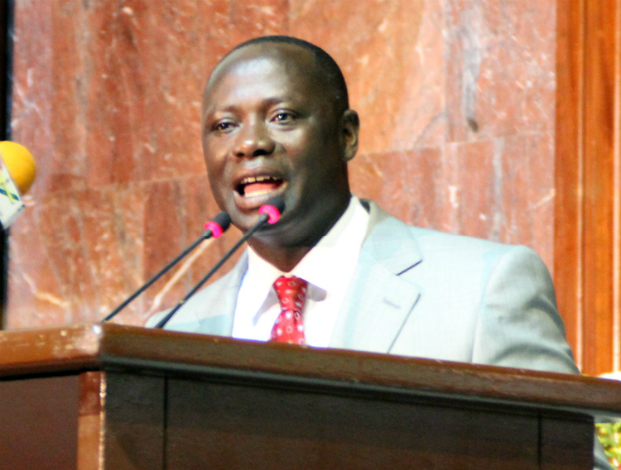 Former Energy and Petroleum Minister under the John Dramani Mahama administration, Emmanuel Armah Kofi Buah has argued that the current government is misapplying revenue from the country’s oil and gas sector.

Speaking on the sidelines of a forum organised by the Coalition for Restoration under the theme, “Assessing the Banking Sector Reforms, the Impact on the Ordinary Ghanaian”, Mr Armah Buah stated that a recurring trend of financial misappropriation has been cited in the Public Interest and Accountability Committee’s report over the past years of Nana Addo’s government.

”The Akufo-Addo led government has sidestepped critical infrastructure needs of Ghanaians for consumables, and thereby creating an overwhelming burden on public coffers. The quality of those consumables is another issue. If I tell you that we are spending $40m to feed school children, yet you go and see the type of food they are eating, you have to ask serious questions. They – government – are basically spending about 90% of the budget allocation for education on consumables. So there is no contest over the fact that this government is misapplying the oil revenue” he revealed.

Recounting some strides the Mahama led government made in securing some future and greater benefit for the Ghanaian people in the oil and gas sector, Mr. Armah Buah contended that the Mahama led administration deserved credit for ensuring the passage of the Local Content law.

” It was during our time in government that we decided that irrespective of the human resource and other deficits, we needed a local content law that protects local interest in the infinite resources which by the way, belong to the Ghanaian. And this law is accountable for the 1.4 billion dollars worth of contract awarded to indigenous companies over the past five years. It is also worth mentioning that Ghanaian joint ventures with foreign companies have also received over $6.5bn. That money would have gone to expatriates at the expense of indigenous Ghanaians” he added.

Passed in November 2013, the Ghana Local Content and Local Participation Bill 2013 otherwise known as the Local Content law, stipulates that Ghanaians should be prioritized in terms of employment in the petroleum industry, and should benefit from the country’s resources.

THE ART OF SAVING MORE AND SPENDING LESS

Edible Natural Laxatives That Are Guaranteed To Make You Poop