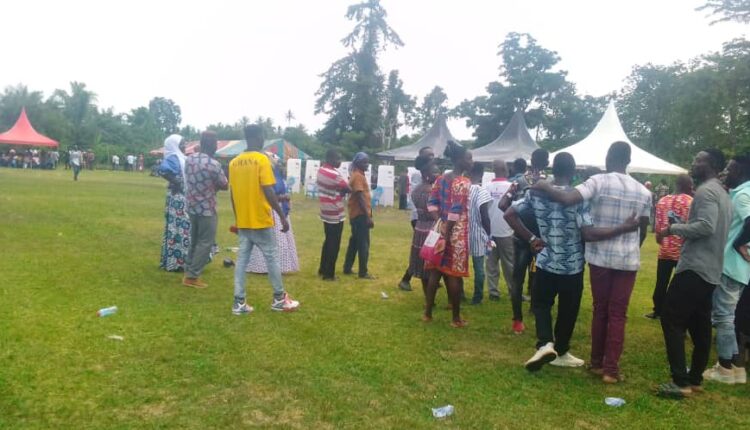 NPP elections: Confusion at Amenfi Central as delegates demand for transportation before voting

The New Patriotic Party (NPP) constituency elections in 2022 have been full of drama since they began on Thursday, April 28.

Information reaching skyypowerfm.com indicates that some delegates in Amenfi Central Constituency in the Western Region are requesting money, in a form of their transport fare before they vote for the candidates vying for positions.

A delegate speaking to Skyy Power 93.5FM said, “There is a delay because we have come from far to vote for these candidates and it will be fair if they pay for our transport fares, and we want it before we go and vote on them.”

“We have conveyed our people from far to vote, the money we used to hire buses for this exercise should not be at our cost but at the cost of the candidates, until then, we will not vote.”

Also, the same situation in Shama as delegates yesterday, April 28, 2022, threatened to boycott the constituency elections for non-payment of transport fares by party executives.

The process was halted for about an hour and not even the intervention of the Member of Parliament calmed the nerves of the angry delegates.

Skyy Power FM’s journalists were there to monitor the atmosphere as they were later sorted by the party executives before the voting continued.