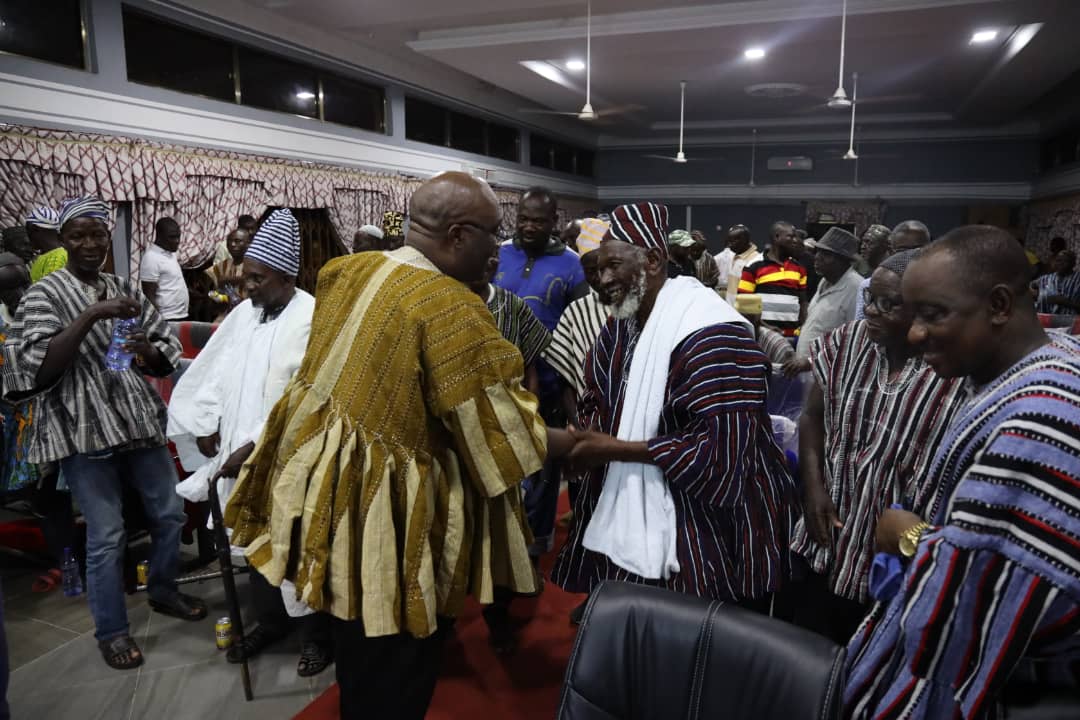 The Ghana- Burkina Faso Railway Inter-connectivity Project has received one of the most impressive and overwhelming support from the chiefs, opinion leaders, residents and other relevant stakeholders from the North East Region of Ghana. The project will see to the construction of more than a 1,000 kilometers standard gauge rail line from Tema to Ouagadougou.

As part of a series of stakeholders’ engagement by the Ministry of Railway Development on the project, the Sector Minister, Joe Ghartey together with the Technical team on the Ghana-Burkina Faso Railway Interconnectivity Project and Consultants, Team Engineering and Vision Consult on Monday 7th October, 2019 interacted with Traditional Authorities, Assembly Members and other stakeholders in the Nalegu and Walewale communities of the North East Region.

The Minister and his delegates were welcomed by the North East Region by the Regional Minister Hon. Solomon Namliit Boar and the Member of Parliament for Nalerigu-Gambaga who is also the Minister for Local Government and Rural Development, Hon. Hajia Alima Mahama.

Hon. Solomon Namliit Boar expressed was elated to learn about progressive effort taken by the Ministry of Railway Development, in making sure the project is successful. He promised to offer the support as needed to expedite work on the project.

The Municipal Chief Executive for the West Mamprusi Municipal Assembly, Hon. Abu Mohammed also announced and pledged to avail parcels of land to support the project. 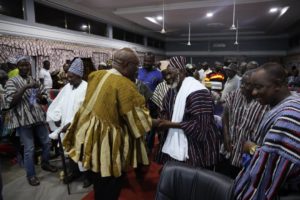 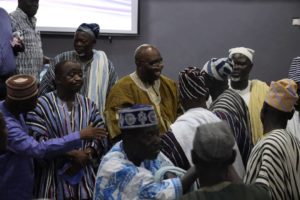 Addressing the gathering, Hon. Joe Ghartey explained that the standard gauge railway line starts from Mpakadan; where construction of railway line is currently ongoing and at advanced stage of completion.

The proposed railway line will pass through Hohoe, Jasikan, Nkwanta, Bimbilla to Yendi and Sheni. It will then continue to Tamale, Walewale, Bolgatanga, Navrongo and then link Burkina Faso at the Paga-Dakota border, approximately 700km from Mpakadan.

The Minister further explained that “government has taken to itself as a matter of policy” to link all regional capitals via railway lines.

“Therefore the Regional Capitals in the Volta, Oti, North, North East and Upper East Regions will be linked to the railway network” he noted.

The Minister reiterated that it was the vision of the President to bring development and transformation to the entire country and that the Ghana-Burkina Railway Interconnectivity Project will bring unprecedented transformation and development to the Northern part of the country.

He said the consultants, Team Engineering and Vision Consult are done with the pre-feasibility studies and were expected to complete the feasibility report by December 2019. He further said that the procurement process was ongoing and it was expected to end with the choosing of a successful bidder by the second quarter of 2020.

Meeting with Overlord of Mamprugu

Prior to the stakeholders meeting, Hon. Joe Ghartey and the delegation paid a courtesy call on the Overlord of the Mamprugu Traditional Area, Naa Bohagu Mahami Abdulai Sheriga, at the Nayiri Palace at Nelerigu. The Nayiri welcomed the team and applauded Government for its vision to extend rail transport to the Northern part of the country. He expressed high hopes that this move will bring great economic turnaround in the Region and also improve the living conditions of his people. He assured Government that he and his people are ready to support the Railways Ministry, extend the rail line to their Region. 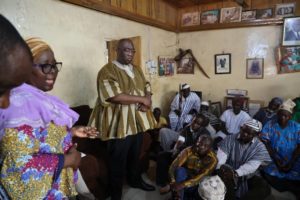 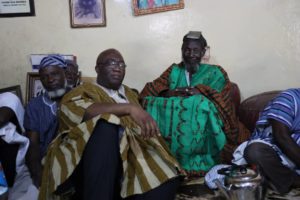 Hon. Joe Ghartey thanked the Nayiri for his support for the project. He said the Ministry will continue to be in constant talks with them since they form an integral part of the project. The Minister took the opportunity to thank Hajia Alima Mahama for her immense support for his Ministry.

He informed the Nayiri that all over the country his Ministry was working closely with the Ministry of Local Government and Rural Development.

“The cooperation between the two Ministries has given a boost in the development of the railway sector”, Hon Joe Ghartey said.

The Minister also took the opportunity to thank Hon. Dr. Sagre Bambangi, MP for Walewale and Deputy Minister for Food and Agriculture for his immense support. After the meetings, the delegation proceeded to Burkina Faso to meet with their counterparts.