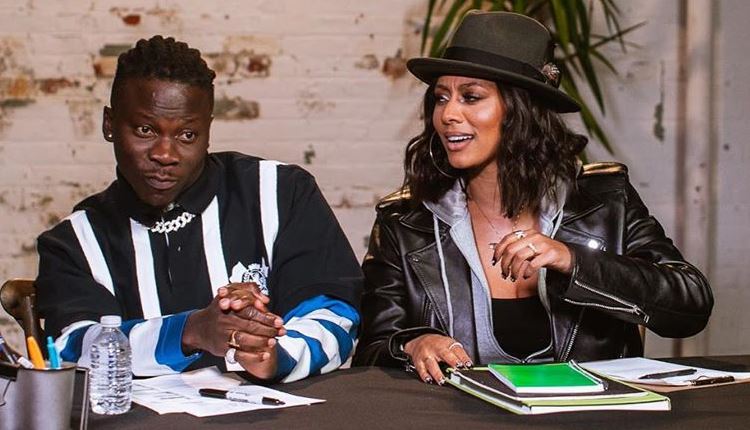 “Nominate” is one of the world’s musical wonders- Stonebwoy

International dancehall artiste, and Ghana’s most celebrated; Stonebwoy has described as “one of the worlds musical wonders” the ‘Nominate’ music track that feature America’s music star, Keri Hilson.

The ‘Nominate’ which was recorded in Atlanta, USA, has become a greatest hit on Stonebwoy’s 4th musical album; Anlonga Junction.

Recalling how the song got produced, the artiste said the collaboration with Keri was just organic after an introduction by a colleague in the States.

“It was fresh and nice. It was something that we created together, with the vibes…the vibes were great and amazing. Lo and behold, look at where were are now” he said in an interview with Willis Raburu on Citizen TV in Kenya.

Stonebwoy disclosed that the collaboration with Keri, is her first one with an African artiste in a decade.

“… and this’ her first African feature that is like mainstreamed…this is just worth celebrating” he said with some excitement.

Stonebwoy without hesitation released the official music video of the song produced by Andre ‘Dre’ Harris and video directed by Denzel Wiliams, and it’s already had a million views on Youtube.