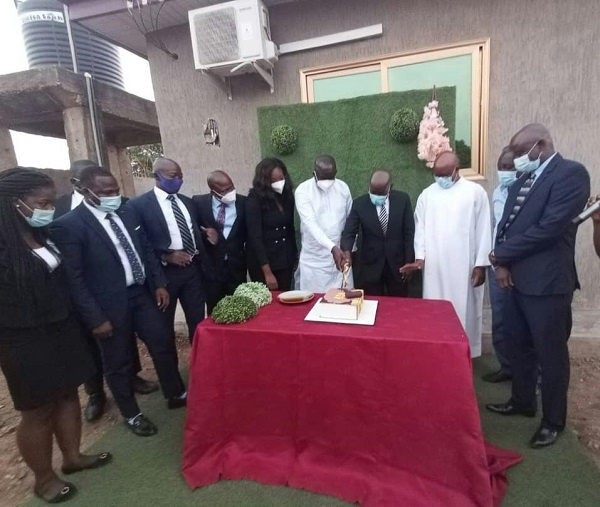 Nobody will build Upper West Region for us – Eledi

“We often say nobody can build Ghana for us; we can build Ghana. Similarly, nobody can build the Upper West for us; it is we the ‘Upper Westners’ who can build the region for ourselves,” he said.
Mr Eledi, who said this at the inauguration of Sory@Law office in Wa at the weekend, commended the Sory@Law team for returning home to serve the residents.
He said the team’s presence in the Region would help improve the practice of law.
According to the Lawyer, there were several professional lawyers from the Upper West Region, but the Sory@Law office was the first professional law firm to be established in the history of the Region.
He said the lawyers in the Region were faced with challenges, including the lack of permanent residence for some judges.
“We believe that with your presence here and an increase in our numbers, some of our challenges here will be tackled.”
Mr Thaddeus Sory, the Managing Partner at Sory@Law, observed that the Upper West Region had produced illustrious personalities, but they moved to the southern sector, neglecting the region.
“We all know a lot of good people this region has produced when they are the best they run down South when things are hard they run downSouth.
We have decided that the people who belong here also deserve the best service. For which reason, if we are giving our best services elsewhere, the people in this region also deserve our best service,” he explained.
According to him, Sory@Law was present in the Region and providing services to the people before the inauguration.
“We have always been present in the region, present in the sense that you will always find us in court representing our clients,” he explained.
On his part, the Upper West Regional Minister-designate, Dr Hafiz Bin Salih, commended the Sory@Law team for opting to establish in the Region, adding that the team had not come for financial benefit but to serve the region.
He said they had come to add to the development initiatives of others in the region and appealed to the people to come and invest to propel the development of the region.
SOURCE: GNA
Clement ElediUpper West Region
You might also like
News