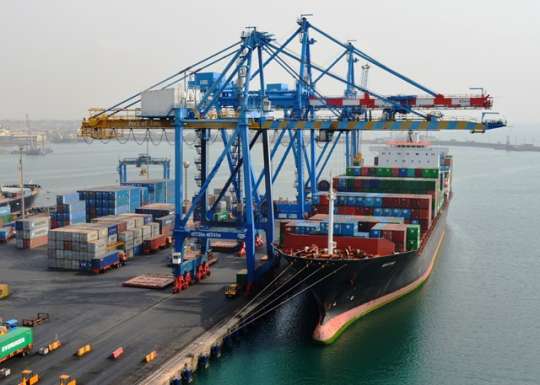 ‘No significant impact yet’; GPHA Takoradi assess impact of COVID-19 on operations

Head of Marketing and Public Affairs, Ghana Port and Harbours Authority at the Port of Takoradi, Peter Amoo-Bediako says their operations and performance have not suffered any significant change as a result of the COVID-19 pandemic.

In a comparative analysis on their first quarter performance for this year, and same period as at last year, Mr. Bediako stated that though performance has dropped for the current period, it is largely as a result of the downward trend in oil prices and the temporal suspension of manganese haulage through the port.

“We’ve realized that vessel calls have dropped but the drop especially with regards to oil supply vessels, yes, you can see that because of the downward trend of the prices of crude oil and the activities in the sector, it can be attributed to that.

“But if you look at our bulk, where our strength is, the vessels that bring the clinker, those that come in for the manganese and bauxite for example, there’s been a significant drop but that is to be attributed to the fact that Ghana Manganese for sometime now even as at last quarter of previous year have not been working”, he clarified.

“..if you  do a detailed analysis, you will realize that the loss of 2 million, about 1.8 million of it could be attributed to the manganese. So in that case, you cannot conclude that COVID-19 has affect it. The manganese operational challenges has nothing to do with it”, Mr. Bediako reiterated.

Mr. Bediako is optimistic the ensuing quarter will be promising.