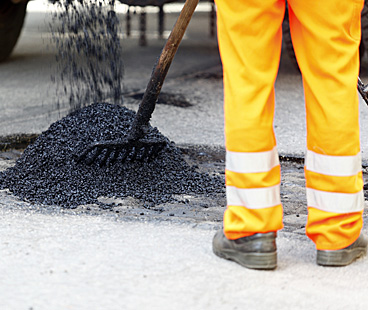 Mayor of the Sekondi Takoradi Metropolis, Anthony Kobina Korantsir Sam has boasted that the assembly has fixed all pot holed ridden roads on principal streets of Sekondi through to Paa Grant, Takoradi, and other adjourning ones.

He mentioned that the manual works on road patching by the urban roads department would bring some relief to drivers, as they continue to tackle other parts of the metropolis.

Speaking at a general assembly meeting today, Hon. K.K Sam, as he’s affectionately known, is convinced that drivers and other motorist would have no cause to complain about these roads.

“At the moment, we can say with certainty that, there are no potholes on the principal road; from SECKO Junction, through Effa Nkwanta Junction to Paa Grant Roundabout and then to Kwame Nkrumah Roundabout, through to Shippers Council Roundabout” he clarified.

Mr. K.K Sam disclosed that a budgetary allocation of GH900,000 have been approved and released to the Department of Urban Roads for pothole patching, desilting of drains, grading works, among others, in the metropolis.

Here are the details

The Assembly is also in the process of procuring a mechanical street sweeping truck.

Hon. K.K Sam appealed to members of the assembly to urgently consider the approval of the procurement of this machinery.

“I would like us to consider the approval of procuring Street Sweeping Truck or engaging labour for sweeping the street. This has become necessary because of the impending road expansion from Paa Grant Roundabout to Sekondi coupled with the proposed interchange at the Kwame Nkrumah Roundabout and its adjourning roads.