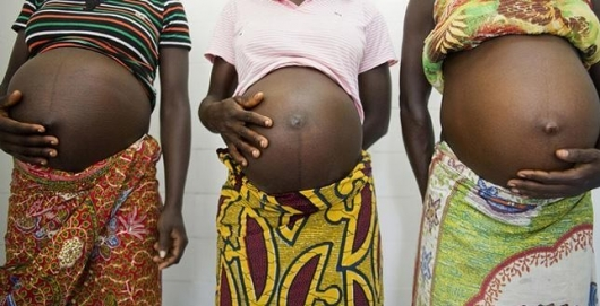 Nearly half of all pregnancies, totalling 121 million each year worldwide, are unintended, according to a new report published by the UN’s sexual and reproductive health agency, the United Nations Population Fund (UNFPA).

The report titled, Seeing the Unseen: The case for action in the neglected crisis of unintended pregnancy”, warns that this human rights crisis has “profound consequences for societies, women and girls and global health”.

The report also found that over 60 per cent of unintended pregnancies end in abortion and an estimated 45 per cent of all abortions are unsafe, accounting for five to 13 per cent of all maternal deaths recorded.

“This is also having a major impact on the planet’s ability to reach the Sustainable Development Goals (SDGs) by the 2030 target date,” the report said.

Moreover, the war in Ukraine and other conflicts and crises, are expected to drive an increase in unintended pregnancies, as access to contraception is disrupted and sexual violence increases.

“For the women affected, the most life-altering reproductive choice – whether or not to become pregnant – is no choice at all,” said the UNFPA chief.

For example, an estimated 257 million women around the world who want to avoid pregnancy are not using safe, modern methods of contraception.

And where data is available, nearly a quarter of all women, feel unable to say no to demands for sex.

A range of factors also contribute to unintended pregnancies, including a lack of sexual and reproductive healthcare; contraceptive that does not suit women’s circumstances; harmful norms surrounding women controlling their own bodies; sexual violence and reproductive coercion; and shaming in health services.

Have the masks gone too soon?