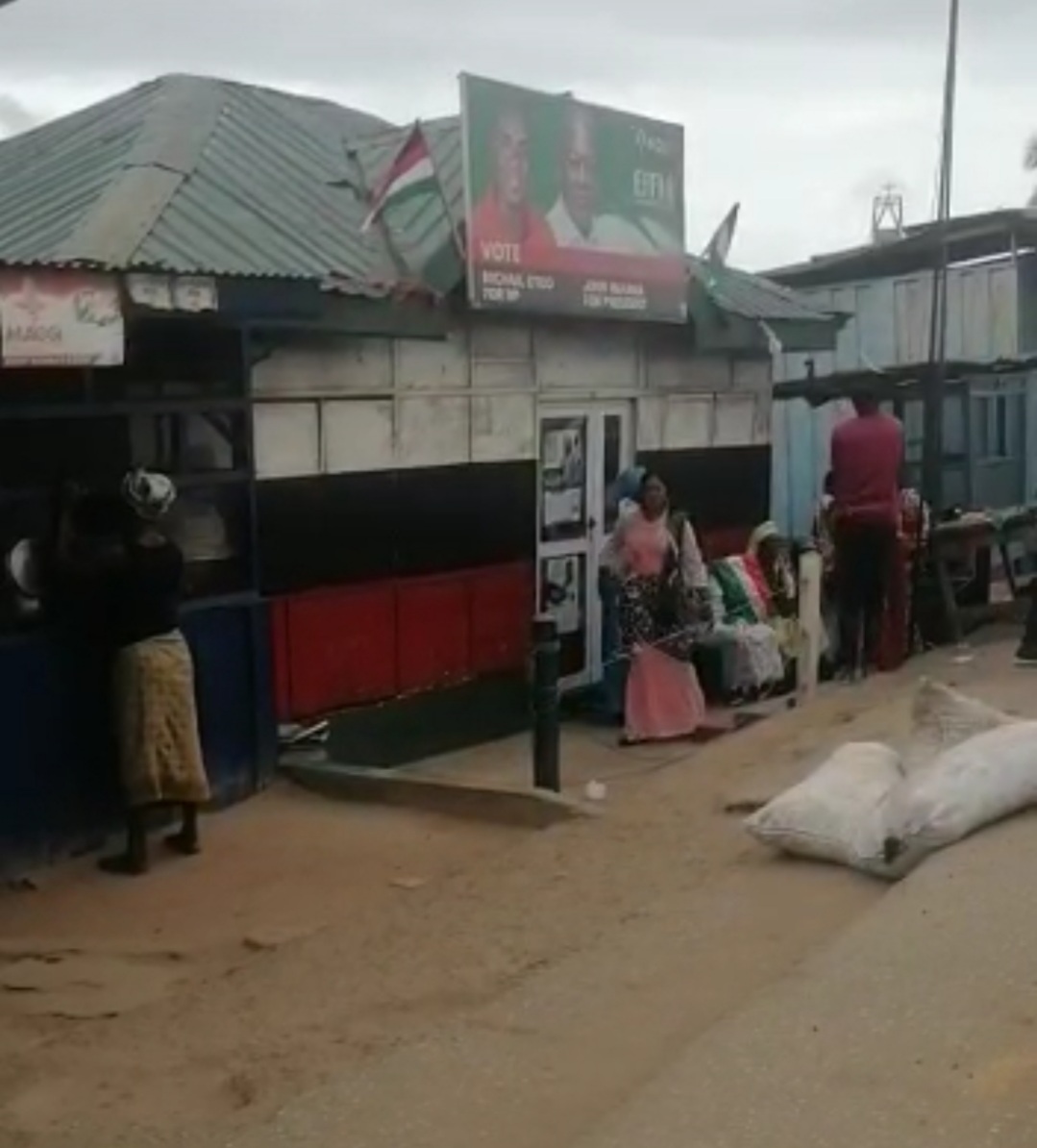 Member of Parliament for Effia, who doubles as a Deputy Minister for Energy in charge of Finance and Infrastructure, Joseph Cudjoe has mocked that the former president John Dramani Mahama must rethink his self-acclaimed title of being a champion of infrastructure development, as his party operates from a kiosk in the constituency.

Mr.Cudjoe described as shameful and undeserving of the community, for a party that prides itself of being champions of infrastructure development. He mentioned that the opponent [National Democratic Congress] has been using a wooden structure at the heart of the city as their party office since 1992.

In an exclusive interview with Mpimpimhene on Oman Ghana Show of Skyy Power FM, Mr. Cudjoe argued that the structure should be removed, as his check reveals that it is situated at an unapproved area.

“You claim to lead in infrastructure development yet you have a party office with wooden structure. In 21st century Effia? We want to develop the city. We are the center of Sekondi-Takoradi. This is undeserving!” he fired.

Mr. Cudjoe mentioned that the NDC’s plan to oust him has already been foiled, “not even the Vice Presidential Candidate’s visit to the area, will change this”

“Even when they were in power they couldn’t vote me out. And today, if I am in power and my party is in government, then there’s nothing they can do. She needs to be reminded that the very road she will use was done by me and the NPP.”

Prof Jane Naana Opoku Agyemang, the running mate for John Mahama begins her tour in the Western Region today. She is expected to make contact with the people of Effia Constituency on Monday 14 September, 2020.