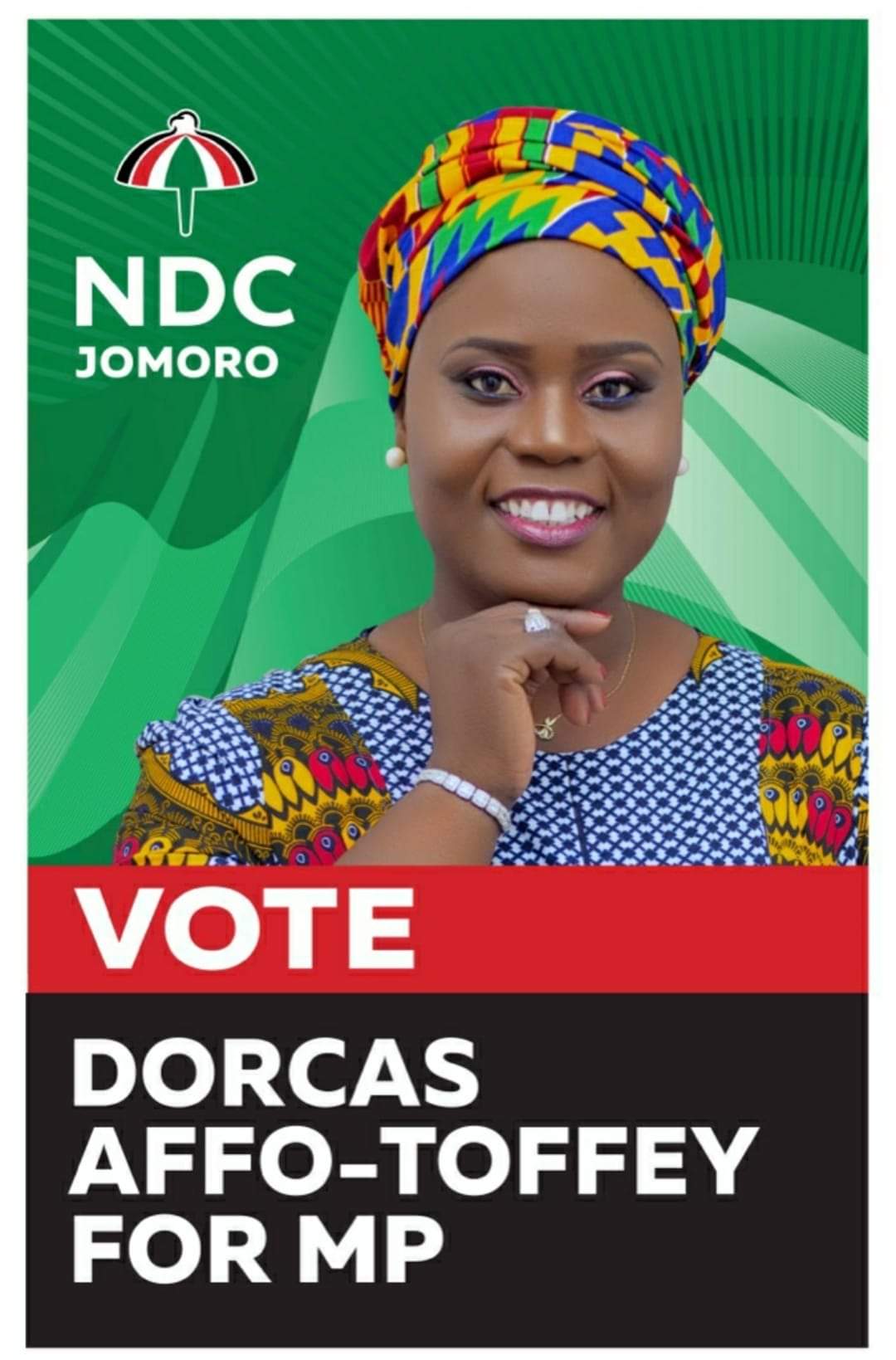 The Member of Parliament Elect for the Jomoro Constituency in the Western Region, Dorcas Fottey has been accused of orchestrating the violent attacks that erupted in the area last week. The Constituency Communication Bureau of the ruling New Patriotic Party (NPP) says blame should be apportioned to the MP-elect for the incident, adding that the entire chaos was proved by herself.

The NPP argues that the constituency has enjoyed years of political tolerance and peaceful co-existence but lost it to the ‘irresponsible’ conduct of the MP-elect and her political party; the National Democratic Congress (NDC).

The NDC had alleged that the incumbent MP, Paul Essien orchestrated attacks on the MP-elect that occurred last Thursday 10 December 2020 at her residence. Reacting to this with some detailed account in a press statement, the NPP said the claims made by their opponent are false. They disclosed that the NPP was on a victory walk the night the Presidential results were declared only to have some ‘thugs’ of the MP-elect assault some of the NPP supporters as they approach her residence at Bonyere.

“This victory walk started from Tikobo No1 through Bonyere Junction, Ndumsuazo to Bonyere(hometown of the MP-elect). As the group approached the local council office, a team of young men led by twin brothers who form part of the private security apparatus of the MP-elect, Dorcas, demanded why the group had taken the victory-walk to the MP elect’s hometown. As they kept exchanging words, an NPP lady was slapped by one of the twins. 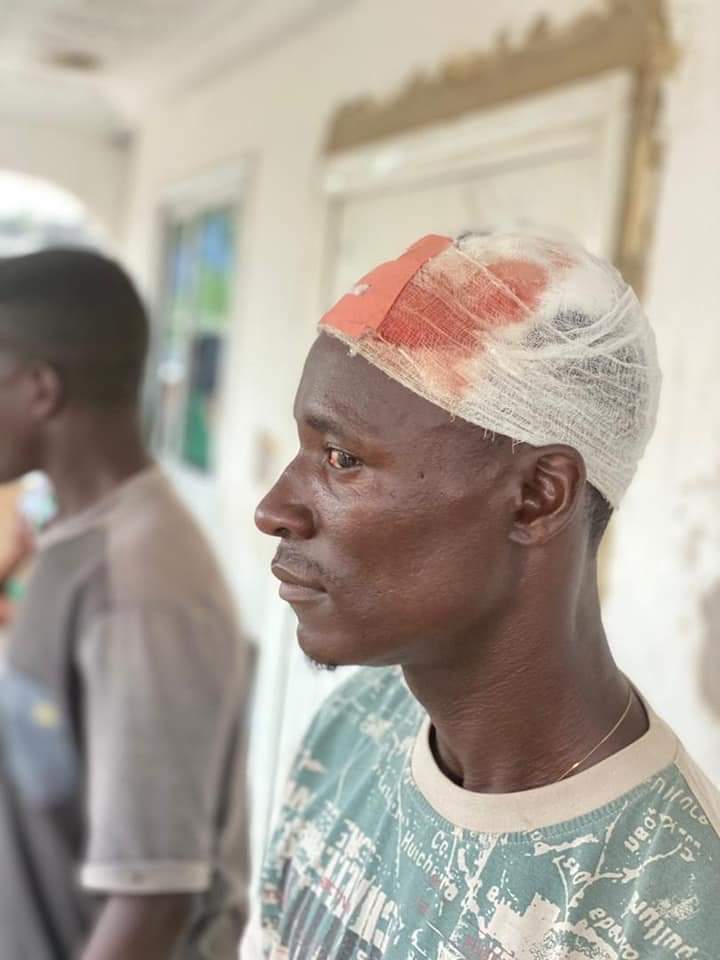 Read the full statement below

RE: UNPROVOKED ATTACK BY NPP SUPPORTERS ON MP-ELECT FOR JOMORO, HON. DORCAS AFFO TOFFEY AT HER RESIDENCE.

Good afternoon, ladies and gentlemen of the press, thank you for honoring our invitation to this press conference. We have called you this afternoon with respect to the false allegations leveled against Hon. Paul Essien (MP and Deputy Minister for Chieftaincy and Religious Affairs) and the NPP in Jomoro.

In response to their outrageously false allegations released on Friday, December 11, 2020 by their Communications Officer on behalf of the MP-elect and the National Democratic Congress which has since gone viral, we in the New Patriotic Party respond as follows;

That the reportage is false, a total fabrication and as such must be disregarded.

Ladies and gentlemen, for a better understanding of what transpired, we crave your indulgence to give you a detailed description of events.

In the early hours of 9:00 am on December 8, 2020, the Hon. Member of Parliament who stands accused, together with the Constituency Chairman, Mr. Simon Amoah and the Communications Director, in the person of Miss Louisa Iris Abenlema Arde took to a radio station (Ebiamo 100.5 FM) to congratulate the MP-elect and called on the constituents to give her the support she would need to push Jomoro forward.
Along the line, phone lines were opened and most callers praised Hon. Paul Essien for the grand show of maturity.

In the evening of Thursday, December 10, 2020. the NPP embarked on a victory walk after
H.E Nana Addo Dankwa Akufo-Addo and the NPP had been declared winners in the 2020 elections. This victory walk started from Tikobo No1 through Bonyere Junction, Ndumsuazo to Bonyere(hometown of the MP-elect). As the group approached the local council office, a team of young men led by twin brothers who form part of the private security apparatus of the MP-elect, Dorcas, demanded why the group had taken the victory-walk to the MP elect’s hometown. As they kept exchanging words, an NPP lady was slapped by one of the twins. An NPP supporter who saw how the lady was being mishandled, tried to save her but he was also hit in the head with a stick by the other twin. The injured young man sensing danger called on the rest of the celebrants who were meters ahead for support. There and then, the twins took to their heels to take refuge at the residence of the MP-elect. Surprisingly, the MP-elect was busy making a live video of the incident as she stood on the first floor of her residence. This act infuriated the NPP supporters who started pelting stones. The whole issue turned into rancor between NPP supporters who had gone on a peaceful victory walk and NDC supporters who felt that they had a geographical mandate on where one could embark on a peaceful victory walk. This led to a number of our supporters and their supporters sustaining several degrees of injuries.

Ladies and gentlemen, the MP-elect woefully failed her first test to ensure that peace reigned when she chose to do a video of the incident for public sympathy.

Members of the press, the NPP is not surprised at the lies being churned out by the NDC and the MP-elect since we see it as one of their numerous strategies to portray to the general public that she is not safe in the constituency so as to neglect her constituents and live comfortably in Accra without coming home to fulfill her numerous unachievable promises prior to the elections.

We are asking Madam Dorcas, why is she still looking for public sympathy when it has all been turned into votes for her? She must snap out of the era of the campaign and enter into the arena of reality because she is an MP-elect and no more a candidate.

We state without any equivocation that she (Dorcas Afo Toffey) orchestrated the attack on the NPP supporters for organizing a peaceful victory walk after we had comported ourselves and allowed them to jubilate over her victory on the Parliamentary elections to the extent that, we watched them burn posters of Hon. Paul Essien in front of our office at Tikobo No.1.

Ladies and gentlemen of the media, they blatantly accused the Hon. MP of leading the attack when he was not even around that place to partake in the walk. So how did he attack her, in spirit? We are, therefore, surprised that she has shamefully turned around to accuse us when she sincerely knows that what she accuses us of is never a true reflection of what ensued.

Interestingly, in an interview with UTV, the MP elected said that she saw Hon. Essien two houses away from where she stood, commanding his supporters to attack her. The question is, Madam Dorcas reported her supposed attack in a Facebook live video so why was Hon. Paul Essien, the “commander” of the attack not captured on camera?
This is a fat lie that could not be properly formulated.

Ironically, the same man who stands accused was with the Constituency Chairman in his hometown, Allowule.
When they heard of the incident, they placed a call to the Police Command to act swiftly.
Would Hon. Essien has called the Police if he wanted the MP-elect dead?

In the same interview, she said that the road was blocked. Yes, the good people of Ndumsuazo, a community next to hers did that to slow down vehicles due to the recklessness of her driver who nearly crushed someone on the evening of the incident.. They were much concerned about human lives.

It is rather bizarre hearing her complain that she was rather attacked when she comfortably held a phone to do a live video.
An MP-elect who uses the youth she’s been voted to protect to cause mayhem and cunningly turn around to act victim? This is pathetic.

Fellow Ghanaians, the treatment she’s purporting to be undergoing is just to create a bad impression of the constituency and seek favour in the eyes of the public in order to cover up the violence she orchestrated. We are challenging her and the doctor who diagnosed her to sincerely make the medical report available for the good people of Jomoro to know the form of the injury she sustained.

Members of the media, it is worth noting that our constituency secretary (Mr. Eric Muah) who was accused of wielding weapons and other harmful objects with other supporters of the NPP as stated in their discredited release never did that. Let it be brought to the attention of all well meaning Ghanaians that, it was a blatant lie that is not supported by facts. It is also important to bring to the attention of the general public that, her orchestrated electoral violence started during the voter registration exercise at Bonyere under her watch where one of our polling agents was attacked by the same twin brothers involved in the recent incident and got his phone destroyed. The matter was subsequently reported to the police. Those two brothers have subjected some of our supporters at Bonyere to various forms of harassment of which the police in the constituency are aware because all the cases have been duly reported.

Ladies and gentlemen of the media, we urge all and sundry to disregard this fabrication which has been reported by other mainstream media and on social media and we encourage the media to cross-check some of the stories they see on other platforms and go by the facts as provided in our release herein.

Over the years, we have had several elections and none turned bloody. This single election cannot turn our beautiful land into a war zone. We are a peace-loving people and would do everything possible to keep that.

And to the youth of Jomoro, do not allow yourselves to be used for anybody’s selfish parochial interest. Channel your energies into things that will be of profit to you, your families, communities Jomoro and Ghana as a whole. Ghana needs you alive.

May God bless our homeland Ghana and make her great and strong.