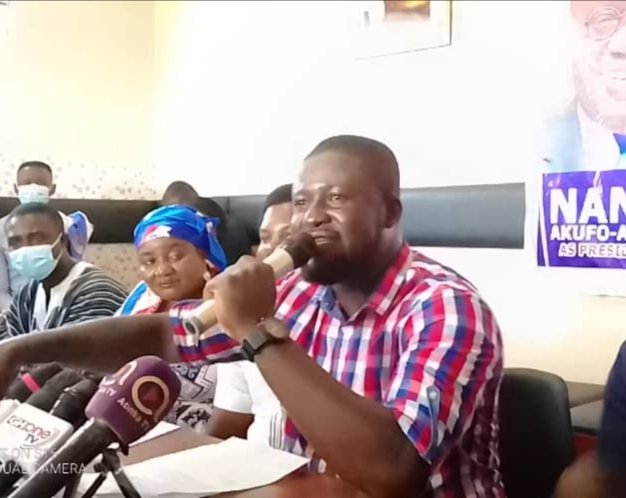 The New Patriotic Party (NPP) in the Essikado-Ketan Constituency has fired a counter accusation at the opposition National Democratic Congress (NDC) over their claims against them of election fraud in the just-ended polls. According to the NPP, the claims by their opponent are without any basis, adding that the NDC’s outburst was largely because their attempt to manipulate the process was foiled.

Addressing the media today, the Constituency Secretary, Thomas Amoah disclosed that the party got wind of a plot by the NDC to rig the elections at the early hours of the election, a situation that compelled them to trigger a scheme to frustrate them from carrying their ‘evil’ action.

“We had received unconfirmed reports that the NDC was seeking to rig the election so we the NPP were alert on the day of election.”

Thomas Amoah disclosed that the riot that ensued the night after polls had closed, was instigated by the NDC’s Parliamentary Candidate, Dr. Grace Ayensu-Danquah. He mentioned that an erroneous impression was registered in the minds of NDC supporters that their candidate had won the elections even at a time the Returning Officer was yet to initiate collation of the ballots for the presidential poll.

According to the Secretary, several dozens of the NDC supporters attempted to invade the EC’s Collation Center at Methodist Church, Brigade Hall, Essikado, with an intent to disrupt the collation process.

“At the time NDC supporters led by their candidate Grace Ayensu Danquah and other party members including former Minister for National Security rushed to the Collation Center claiming the NDC had won the parliamentary election. At the time we had not even collated the Presidential vote. There was absolutely no basis for this commotion neither was there any basis for the claim that NDC had won the Parliamentary election when the results from the various polling stations had not been officially collated and announced by the Returning Officer.”

Responding to the NDC’s claim that the parliamentary results declared at the collation center by the Returning Officer of the EC, was fraudulent, Mr. Amoah stated that the fact remains the opponent is only conjecturing. He has dared the NDC to prove their claims with some concrete evidence.

“We challenge the NDC to prove the allegations of fraud at the appropriate quarters.”

Mr. Amoah disclosed that collation was conduct in a more transparent manner, adding that three members of the NDC were even present for the process until the final call.

“Three members of the NDC were present. This included on Alidiu who presented himself as the NDC Youth Organiser and a Lawyer who said he was representing the NDC Parliamentary candidate. During the collation the representatives of the NDC raised issues once in a while and it was only after the issue they raised were resolved that the EC continued the process.”

He argued that the NDC is only finding an excuse for their failure through their propaganda by suggesting their representatives were absent when the collation was initiated.

On 8 December 2020 at 12:30pm, the Retuning Officer, Joseph Antwi Boateng declared the incumbent Joe Ghartey as the winner of the parlaimentary election with a total vote of 26,701, leaving the main contender; Dr. Grace Ayensu-Danquah with 24,527 votes.

“You’ve exceeded our expectations, presidency should be your bidding”- Kojokrom Market...