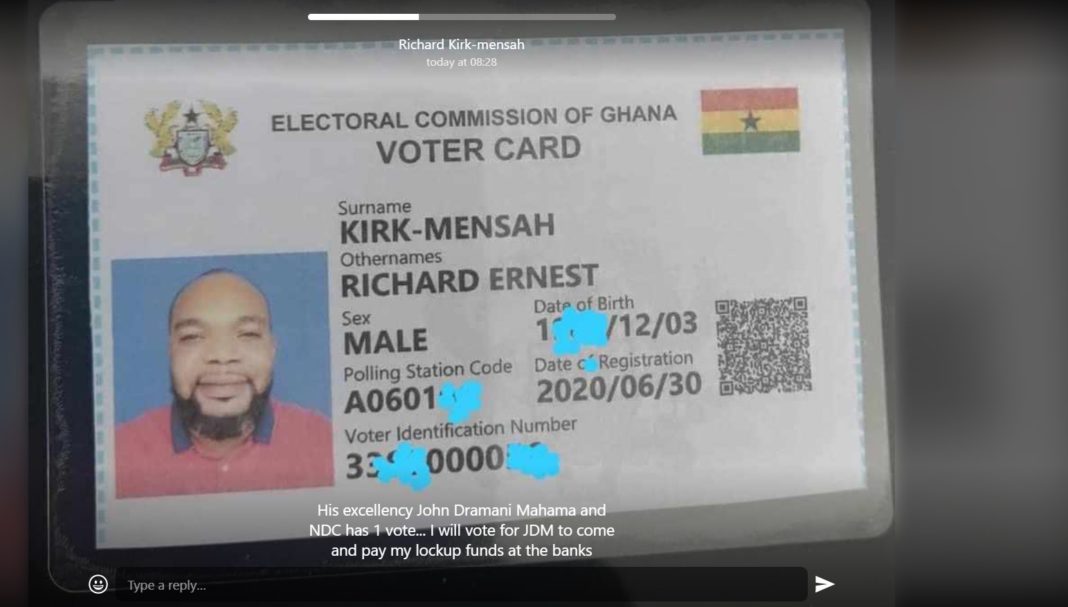 Western Region’s Communications Officer for the opposition National Democratic Congress, Kirk Mensah has taken the lead in the party’s in the crusade in getting their compatriots and other eligible Ghanaians to register for the 2020 general elections. Their Parliamentary Candidate for Mpohor in the Western Region, Eric Kweku Kyeremah has also joined the campaign.

Kirk Mensah who was the first party executive in the region to have registered secured his voter identification card in his place of residence, Sekondi. 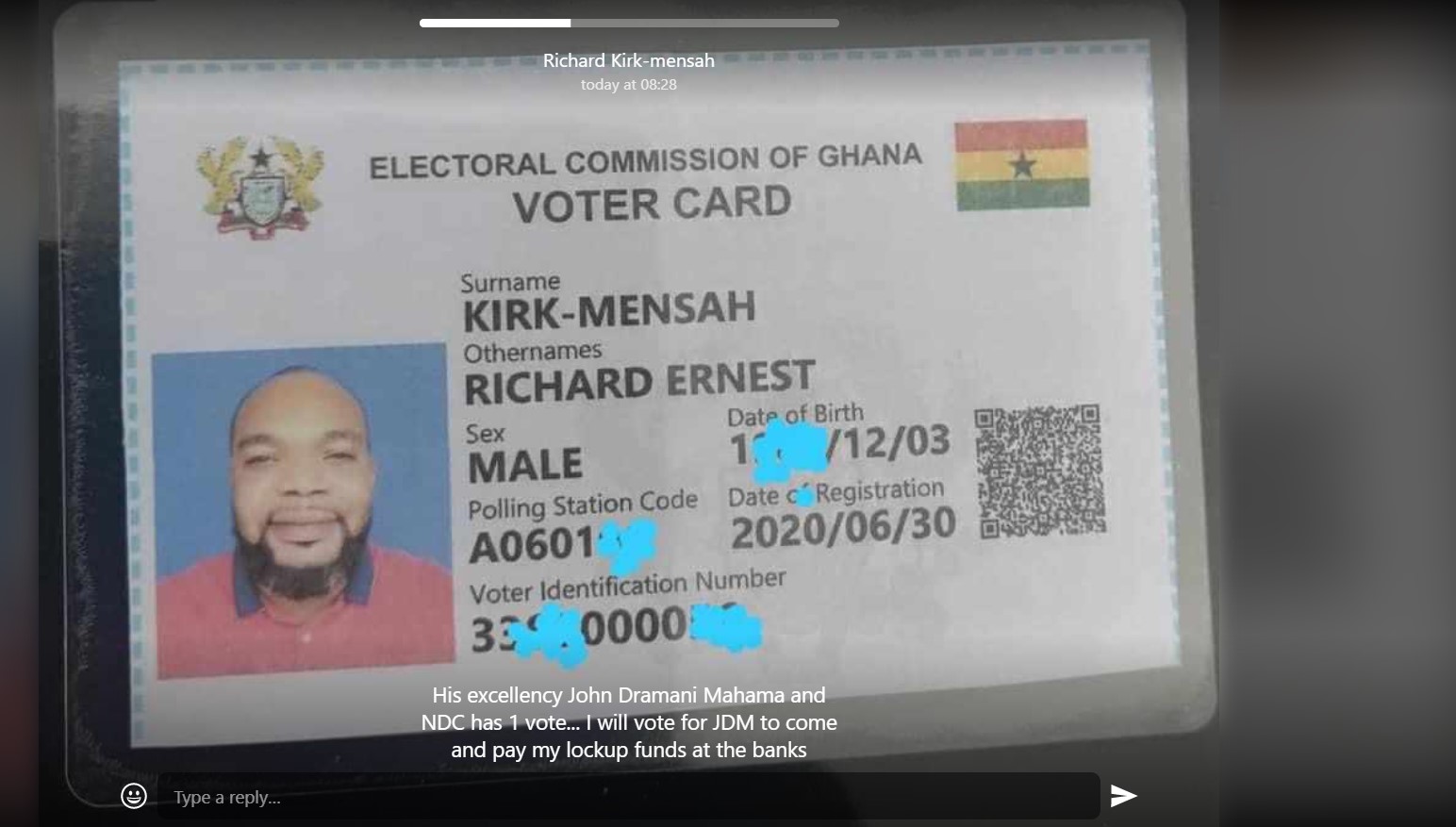 He posted an image of his Voter ID on his whatsapp status with a caption; “His Execellency John Dramani Mahama and NDC has 1 vote… I will vote for JDM to come and pay my lockup funds at the bank”

Speaking exclusively with Opera News Hubs’ writer after this grandiose exhibition, the Communications Officer said he has by the privileges of the constitution, the right to ensure the Akufo Addo’s government is bulldozed from the Presidency.

“The only remedy to salvage the sinking Ghana under corrupt nepotistic, vindictive and arrogant NPP government is to register to enable me to vote in December” 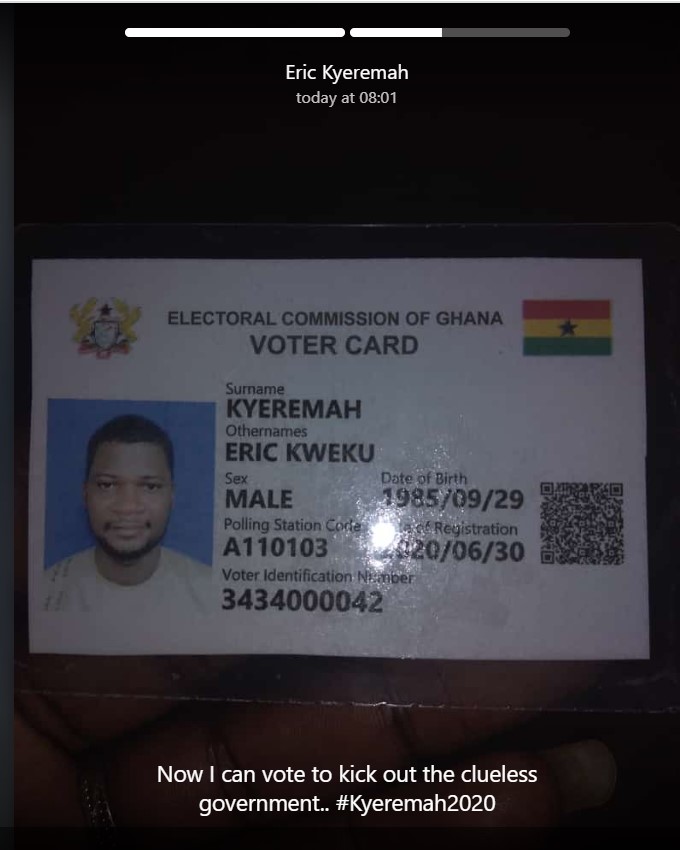 Eric Kweku Kyeremah also did same with his Voter ID.

He wrote; “Now I can vote to kick out the clueless government…#Kyeremah2020”

The flagbearer of the NDC for the 2020 elections, John Mahama despite his disappointment with the ruling of the Supreme Court on the matter brought before it by the party to stop the EC from compiling a new register, plus other reliefs they sought, had charged all party members and sympathizers to participate fully in the on-going voter registration exercise.

Voter Registration: We will challenge ineligible applicants to the latter- Sekondi MP

EC is being manipulated by government- Mahama alleges