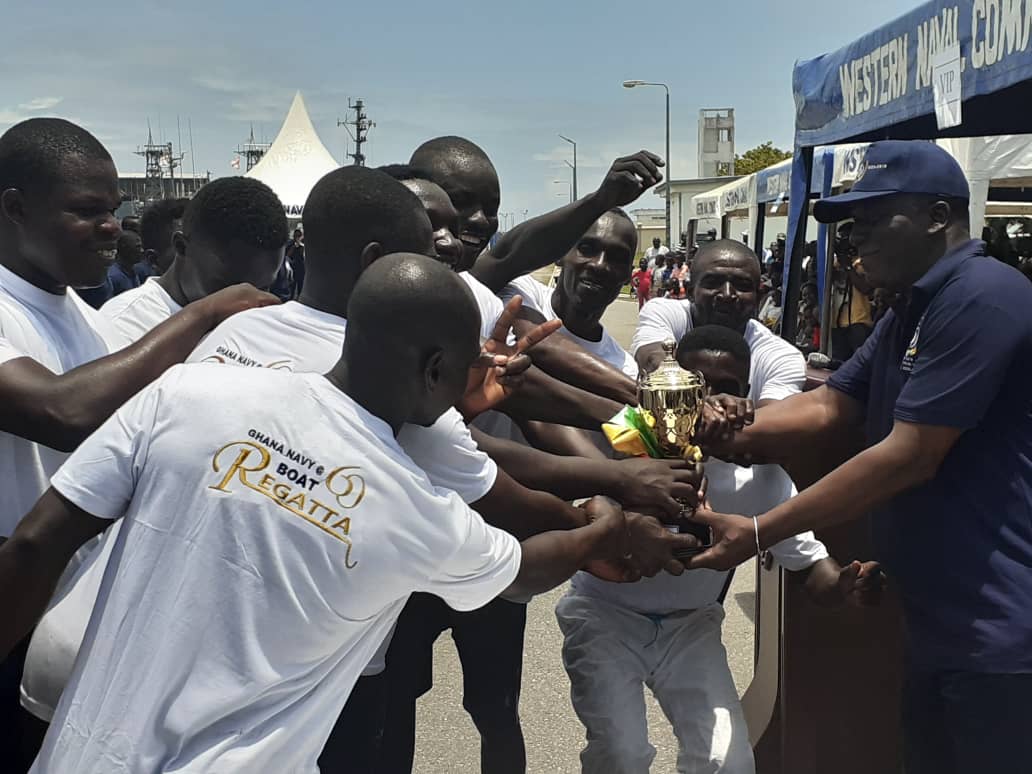 As part of the Diamond Jubilee cerebration of the Ghana Navy, the Western Naval Command has organised a boat regatta to engender and promote healthy coexistence with fishing communities in the Western Region.

The boat regatta was heavily supported by traditional authorities in the respect fishing communities, along the western coastal line.

Flag Officer of the Western Naval Command, Commodore osei Kuffour in an exclusive interview with Skyy New’ Victor Atsu Tamakloe siad, the event affords the navy an opportunity to reflect over the past and plan for peaceful and productive years into the future.

“Ghana Navy is able to celebrate 60years of productive existence thanks in no small part to the cooperation between us, our coastal communities and their traditional authorities.

”In our fight against illegal bunkering for instance, the support of our coastal communities have been seminal in getting intelligence on possible cases. This is necessary because every incident of illegal bunkering is planned, resourced on mainland before being executed on our territory.This event is therefore an opportunity for us to reflect on our mutually beneficial relationship and plan for a peaceful and productive future together” he explained.

The 60th anniversary celebrations began with the launch of a book on the history of the Ghana Navy, a route match to advertise the activities which was done concurrently at all the commands. This event will be followed by the memorial day on September 14, 2019. Subsequent to that will be the Naval Base Open Day on 28th of the same month. The Western Naval Command will host a parade on the 4th of October with vice president Dr. Bawumia as the special guest of honour. For the penultimate event, there will be a thanksgiving servce at Burma Camp and finally a dinner at the Banquet Hall, State House, Accra.