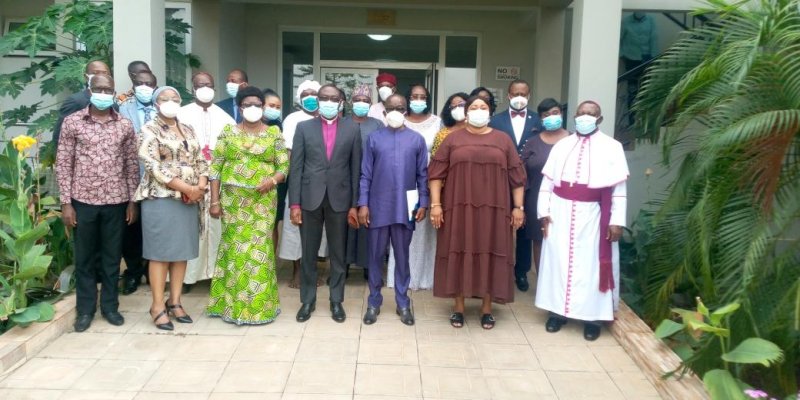 The National Peace Council (NPC) has commenced a three-day orientation retreat to empower its third Board Members to deliver the mandate of promoting and sustaining peace and security.

Members of the Board present were representatives of the Catholic Bishops’ Conference, the Anglican Church of Ghana, Civil Society Organisations, the Traditional Council and spokesperson of the National Chief Imam.
The orientation programme was on the theme: “Collaborative Leadership and Dialogue.”
The new 13-member Board was sworn into office on November 2020, after the tenure of office of the last Board, chaired by the Most Reverend Professor Emmanuel Asante, expired in May 2020.
The Reverend Dr. Ernest Adu-Gyamfi, the Chairman of NPC, said the orientation offered the Board an opportunity not only to harmonise their individual expertise to execute the mandate of the Council, but also the platform to synergise their different professional and institutional backgrounds. 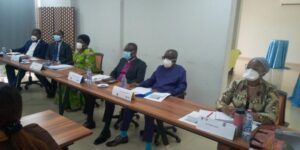 He said that synergy was important for the Council to achieve its mandate of conflict prevention, management, resolution, and to build sustainable peace in the country.
The NPC Chairman was elated over the increased representation of women on the Board from one to three, and expressed optimism to have a better representation in future.
Dr. Adu-Gyamfi said the NPC was grateful to the UNDP and in particular, it’s Resident Representative, Ms Angela Lusigi, for providing the Council with two highly experienced hands-Dr. Ozonia Ijielo and Mr Dominic Sam- as resource persons for the retreat.
He also commended her for logistical support for the orientation programme and general operations of the NPC.
Mr Albert Kan Dapaah, the Minister Designate for National Security, said the only thing that could hinder the growth of the country, was lack of peace, hence it was necessary to protect what the nation enjoyed.He applauded the work done so far by the new Board in promoting a vigilantism-free election, and encouraged them to continue working hard to promote national security.
The usefulness of the Council, he said, could not be underestimated at the district, regional and national levels, in varied interventions such as settling of chieftaincy and land disputes.
Mr Ambrose Dery, the Minister Designate of Interior, in a speech read on his behalf, said the commendation and recognition that the Council had received over the years and the prominence Ghanaians had attached to the Council called for a rebranded strategy to put the Governing Council on a higher pedestal.
“The composition of this Board, the zeal and enthusiasm with which you have started your work reflects the sense of urgency needed to manage this Council. Indeed you are counted as a special group of persons called to this higher Public Office by the President,” he said.
He noted that increased conflicts of diverse nature-chieftaincy, land disputes, communal violence, insurgency, threat of terrorism and violence extremism in the West Africa sub-region and secession attempts in the Volta Region had to engage their minds.
Mr Derry said: “I urge you to strive to build bridges even between the impossible terrains, and court the friendship of seemingly unfriendly characters. Strive to build consensus among your targets and constituents. Never lose sight of your responsibility to hold Ghana together as you exhibit your skills as peace ambassadors.”Ms Angela Lusigi, the UNDP Resident representative, said the orientation was important as peaceful, just and inclusive societies were at the heart of the global agenda 2030 for sustainable development, Africa’s Agenda 2063 and Ghana’s long-term development plan.
He said it was important that people everywhere felt free of fear from all forms of violence and feel safe in their daily lives.
“We must not be complacent. We need a whole of society approach led by institutions like the Peace Council, Parliament, the Judiciary and the security sector to be well resourced and equipped to lead the way in addressing the changing dynamics of conflict,” she advised. 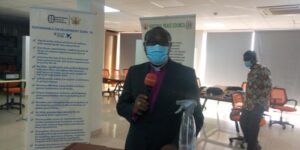 Mr Charles Abani, a UN Resident Coordinator, said Ghana regarded as a beacon of peace in Africa, was a good example, something the Peace Council had to be proud of.
He said the UN was prepared to support the Peace Council Board to protect and sustain the peace in the country.
SOURCE: GNA
The National Peace Counci
You might also like
News