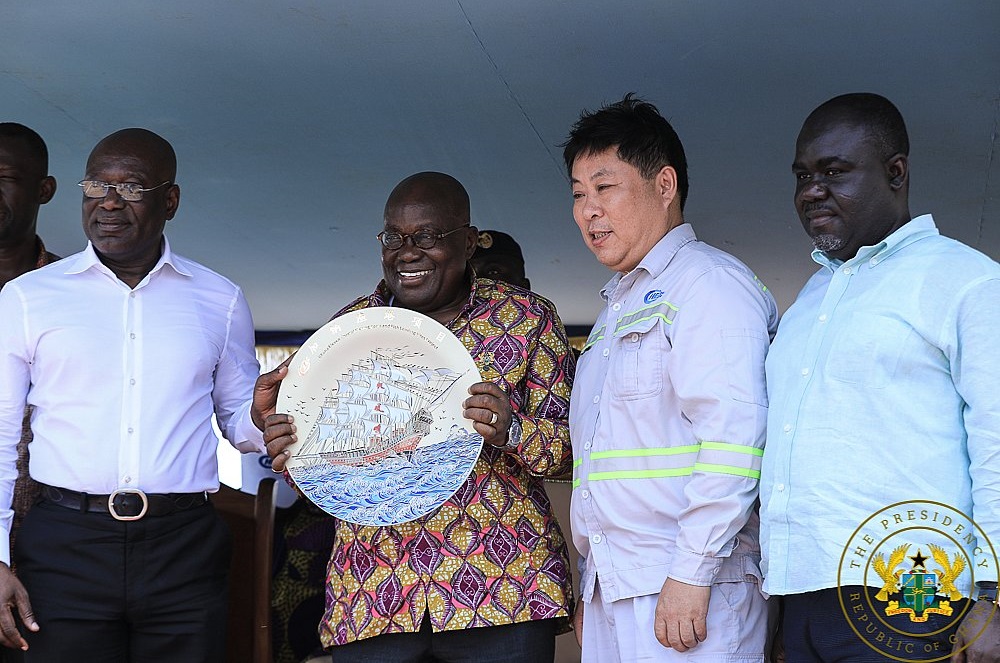 President of the Republic of Ghana, H.E Nana Addo Dankwa Akufo Addo has cut sod for the construction of ten Coastal Fishing Ports and Fishing Landing sites across the coastal belt of the country. The Coastal Fishing Ports and Fishing Landing Sites project is being executed by Chinese Construction firm, China Harbour Engineering Company Limited and is expected to improve fishing activities and business in fishing communities across the country. Funding for the project is mainly from the China Development Bank (85%) and the Government of Ghana (15%), and would be completed within a 30 months schedule.

President Nana Addo at the sod cutting ceremony today in Axim was confident the project when completed would better the lives and local economy of the fishing communities and as much add to national growth.

“Axim was a wealthy community to leave in. Businesses were booming. Now all these would be reactivated. I tell you, Awulae it is going to happen” he told the Paramount Chief of Lower Axim Awulae Attibrukusu II.

He mentioned that the Chinese contractor is up to task and that is convinced the project would be completed within schedule.

Paramount Chief for Lower Axim Traditional Area, Awulae Attibrukusu II was full of praise for the president’s intervention. He also acknowledged that the President had never reneged on his promise at constructing a sea defense wall along the Axim coast.

“Your name will forever be in the history and in memories of the people of Axim” he assured.