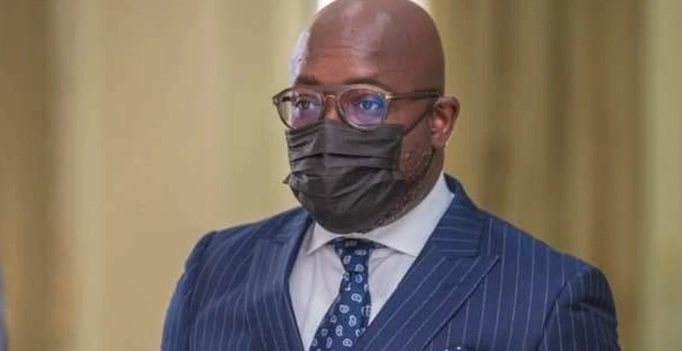 My heart bleeds, I weep within me because of Minority’s behaviour – Mercer

The Member of Parliament for Sekondi Constituency, Lawyer Andrew Egyapa Mercer is not happy with how the Minority in Parliament is frustrating the government in relation to the 2022 budget.

Speaking on Skyy Power 93.5FM on Tuesday, December 20, he indicated he is disheartened by the turn of events after confusion broke out in Parliament when the National Democratic Congress (NDC) Minority prevented the first Deputy Speaker Mr Joseph Osei-Owusu, sitting as Speaker, from casting his vote.

This led to the adjournment of proceedings to 0900 hours on Tuesday, December 21.

The vote was to determine whether or not the House should adopt the Electronic Transfer Levy Bill 2021 (E-Levy) Motion for deliberation.

Also, he was surprised when the Minority in parliament started to sing a revolution song, which he claimed is a threat to our democracy and the honourable members are indeed a disgrace to the country.

He said, “Every day my heart bleeds and I cry within me, honourable members who have been voted in power were singing a revolution song in parliament, democratic members as well.

“They are calling for a revolution because they are in opposition, they were in power for 8 years, and I wonder why people are not calling them out.’