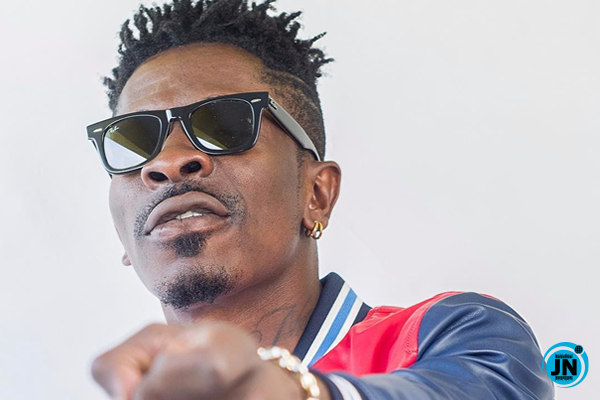 Popular music producer, MOG, has made serious allegations against Dancehall musician Shatta Wale for not paying him for the beats and the production works he made for him on his Reign Album.

MOG released a series of tweets on Sunday, accusing the self acclaimed Dancehall king for not paying a dime for the beats he made for him some years ago for his Reign album.

Moreover, MOG said, he worked on about 10 songs on the Reign album and those songs made waves but he did not receive any payment in return as expected.

Shatta Wale later came out on twitter to address the allegations by saying, the music producer did not charge him a dime for the services, even though he sent the producer some money for the beats he made for him. And in addition, he claim he will fight the music producer wherever they meet and later, both will have an issue with police.

In the wake of the allegation, Shatta Wale made it know that, he will not work with any Ghanaian music producer again because he can do it on his own.

Money Man @shattawalegh , me I dey see you as a big brother i never had. I know say you no be STINGY like that lol, i produced 10 songs on the #ReignAlbum but ano see no CASH from you since 2018. Seeing this made me laugh sooo hard 😂😂😂😂.. pic.twitter.com/hM1fsjK8Us 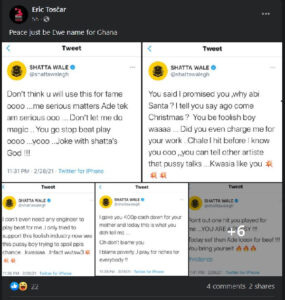