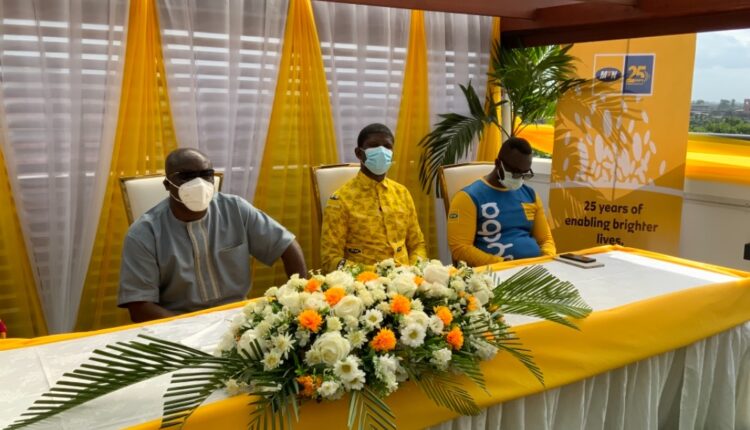 Western Regional Director of MTN says customers should expect juicy and unlimited goodies from the giant telecommunication company as they celebrate 25 years of excellent communication service in the country.

Mr. Prince Nyarko said the telecommunication company is indebted to their numerous customers in the country and as the company take stock of their services for the past 25 years customers cannot be overlooked.

Mr. Nyarko was speaking at a launch of MTN Twincity Fest on Wednesday, July 7, at the forecourt of the head office in Sekondi-Takoradi.

He said a number of activities have been line up to mark the event which includes virtual masquerading competition as well as a football match between the two glamorous teams in the Sekondi-Takoradi Metropolis, Sekondi Hasaacas and Sekondi 11 Wise.

On Sunday July 18, Gyandu Park will host MTN Twincity Fest special Sekondi Eleven Wise and Sekondi Hasaacas local derby match which the prizes at stake will be the 25th Anniversary Cup, an attractive cash prize and pride as well as bragging right.

Also, the virtual edition of the Twincity Masquerade Parade will be on Saturday, July 31, 2021 which will feature 20 selected Masquerade Clubs and Brass Band.

Mr. Nyarko added that, “The Masquerading competition is one of the biggest event so far in the country and people from other places wonder how it gets a lot of attention of people across the globe”

The City mayor Abdul Issah Mumin who was also present pledged his outfit support for a successful event. He said as city managers, they are ready to support a worthy cause adding that the event will tell a good story about the Metropolis which all the people stands to benefit.

Adina thrills audiences with an epic performance on…

Not susu for hospitals, killer roads but susu for…