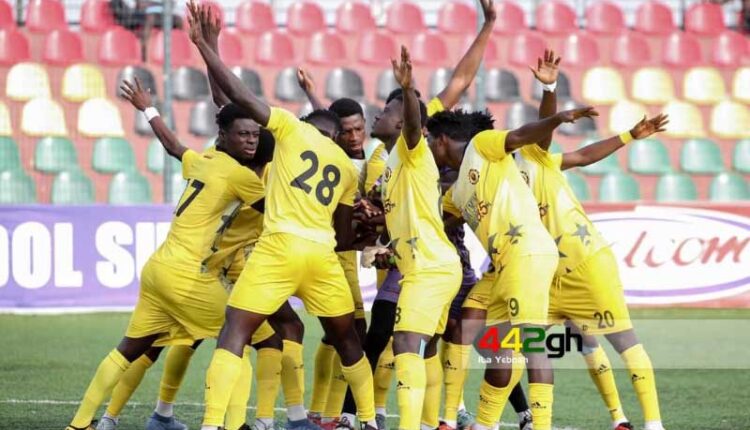 The battle for the 2021/2022 MTN FA Cup continues as the tournament enters the round of 32 stages with some fascinating pairings to take place between 18-23 January 2022.

Defending champions Accra Hearts of Oak who eliminated Accra Lions in the round of 64 stages of the competition, would battle it out with Division One League side Golden Kicks FC.

Coach Samuel Boadu’s side who are beginning to find their feet in the ongoing Ghana Premier League (GPL) would look to move into the round of 16 with victory against the lower division side.

This stage would also witness an all-Ghana Premier League clash as newly promoted premier league side Bibiani Gold Stars take on Bechem United who last won the tournament in the 2015/16 season.

Real Tamale United would battle it out with Group A counterparts Wa Suntaa FC. Real Tamale Youth defeated Dreams Tamale on penalties to sail through the Round of 32 stages.

Aduana Stars, who eliminated Eleven Wonders from the round of 64 stages of the competition, would take on Berekum Freedom Fighters in their round of 32 encounters.

“Mysterious” Ebusua Dwarfs would also host Konongo’s First Klass FC. First Klass FC defeated Koforidua Suhyen in the round of 64 stage and would be a threat to the premier league side.

Dreams FC would play division one side Nania FC in their round of 32 encounter. Dreams FC coming into this game would be hoping to pick up a win over Nania FC.

Legon Cities who eliminated Tema Youth on penalties in the Round of 64 will face off against Real Atletico.