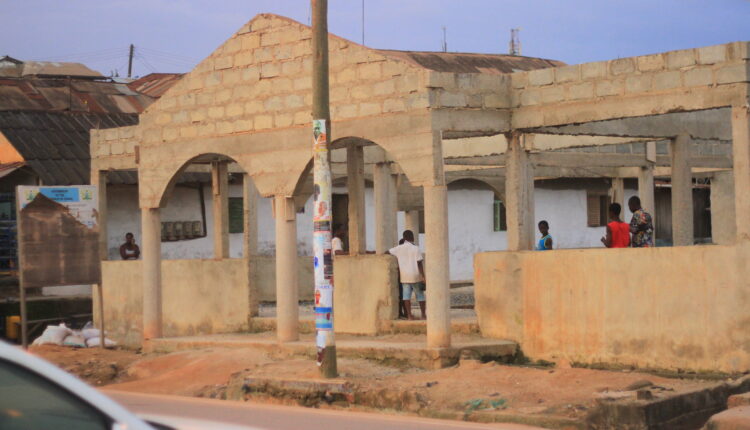 Residents of Mpetiserew in Kojokrom near Sekondi in the Western Region are outraged over being deceived by the Member of Parliament in the constituency.

They made it known it was during the 2020 elections when the MP for Esikado-Ketan, Mr Joe Ghartey came with the promise of building a community centre for them which in return voted massively for him due to the good initiatve.

The project started developing steadily during the election season but was abandoned after the elections making residents believe they were deceived by the MP just to amass vote for himself.

At this very moment, they are pleading with the MP to complete the project since it will serve a very important purpose for the community when completed.

“This is not the type of community centre we wanted but all the same, he has to complete the project. The project was started before the elections in a rush but could not complete it and abandoned it right after the elections,” a community member said.

Also, a community member claimed they have tried contacting the assembly members in the community which they have refused to honour the call as they are trying their possible best to avoid any questioning.

“We are now planning to bill people who organise funerals or any program at the community centre to aid fund the project.” a concerned community member said.