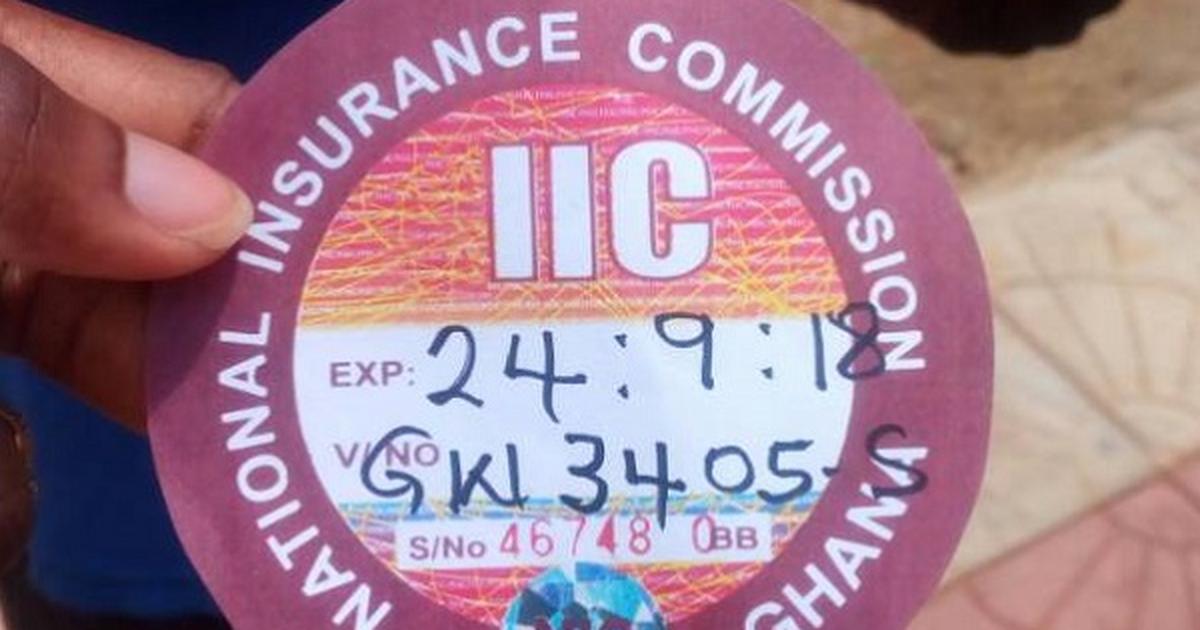 The National Insurance Commission (NIC) have developed a database of all insured vehicles and other locomotives in the country to rid the system of fake insurance covers and stickers.

The commission justifies that the innovation came about as a result of the risk of fraudulent activities within the insurance sector, which often cause victims some huge loses when an incident happens.

Area Manager, Western Region, Justice Peprah Agyei, tells Skyy News the system would enable users to validate the insurance cover of vehicles they use or board. He explained further.

“It’s a data base, a central point that all vehicles that are insured in Ghana is suppose to be on for easy access. Initially, it was difficult to differentiate between a fake insurance and a correct insurance, let me put it that way but with this system, now we are not going to detect fake insurance with just the features on the physical sticker that you see on the car.

Mr. Peprah Agyei disclosed that the system is accessible to every user via a USSD code.

“With this one, any Ghanaian can check. At any point, one can become a pedestrian, fare paying passenger, the owner of a vehicle or a gratuitous passenger. And at any point, we’ll need this; dial the short code *920*57# on any phone, input the vehicle number and press send. Details of whether or not the vehicle has been insured properly will be sent to you. This will become easier for us to verify so that in case there is a motor accident, we can trace the insurance and get our compensation easily.” Mr. Agyei added.