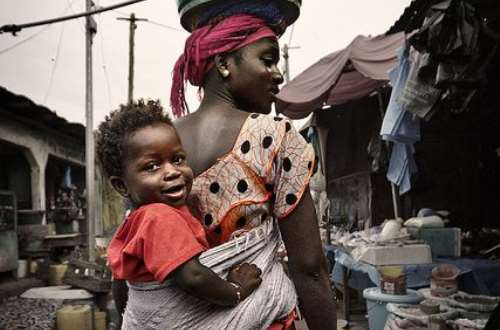 Grace Serwa (not real name) married at the age of 25 to a young man and settled to spend life together, raise a family and enjoy all that comes with marriage.

But, for eight years into the conjugal union, the couple had no child and that began the long years of pain and neglect.

After eight years without a child, her husband married another wife who gave him twins within two years, something she could not do in eight years.

She remained calm in the face of the pressure and maltreatment from the husband and his family members. Two years after, she also delivered a bouncing baby girl, her joy knew no bounds.

Months later, she detected the baby’s neck was very fragile and could not sit on her own, another struggle began as she and her mother took the baby to several prayer camps and herbalists but to no avail.

Her husband’s family members who had some traditional background called a meeting one day and pointed that the child was a curse from the gods and that she had to be sent to the gods.

She was given two options either to leave the baby with a priestess for rituals or send it to an orphanage.

She rejected both options. The end result was that her husband moved out of their matrimonial home and settled elsewhere with his second wife, claiming that until she agreed to the family’s demand, he would have nothing to do with the child or her. It has been 15 years now, since she last set eyes on her husband.

She was ejected from her husband’s family house and her own father refused to accept her in his house, claiming that he would not accept somebody’s cursed child in his house.

Life since then has not been what she anticipated. She had to stop work in order to have full time and the needed care for her child. She single handedly goes through the pain, emotions and trauma of caring for a child living with cerebral palsy, who cannot walk properly, speak nor do anything on her own.

But through it all, Grace who shared her story with GNA on the occasion of Mother’s day, said “throughout this 15 years I have lived with the pain of not having a child like any other child without disability, no husband or father to share the emotions with and never realising all that I dreamed for, at least not to become a single parent, but am always grateful to God that she made me a mother”.

She added, “Sometimes in my down moments and grief stricken periods, due to all the hardship am going through, I take solace in the fact that, I am going through all this because of being a mother”.

Grace’s story represents the story and situation of many mothers around the world who have given true meaning to being a mother.

Their stories may not be told, neither would they be recognised on dedicated platforms for mothers, but in their own small ways they are contributing to the role of women in making the world a better place for all.

Mrs Juliana Abbeyquaye, Acting Eastern Regional Director of the Department of Gender under the Ministry of Gender, Children and Social Protection in an interview with GNA, said the contribution of women and for that matter mothers in nation building could not be overemphasized.

Referring to the story of Grace, she said there were hundreds of mothers who for the sake of their children have lost their marriages, been maimed or denied themselves of some life comforts in order to get the best for their children.

“And to such mothers, we say ayekoo! You may not be recognized anywhere but the sense of fulfillment is enough”.

However, she advised all women not to stay in abusive marriages in the name of protecting their children, explaining that such attitudes have resulted in the loss of lives of many mothers, leaving the very innocent children for which reason they endured the life threatening situations behind.

She added that, “We can only be mothers when we are alive”.

The love of a mother is so strong that, mothers would give up everything including their comfort for the sake of their children.

The story of Grace epitomizes this, her love to keep her daughter alive led to her being denied everything, to live in an uncompleted house without light all this years, just to make life worth living for her daughter.

Scripture records that in the dying moments of our saviour Jesus Christ, through the torture and the dehumanizing treatment of our Lord, Mary his mother, followed with grief until Jesus entrusted her into the care of his beloved disciple John.

In most deadly and scary situations, mothers hold on to their God given roles until the end.

The Princess of Wales, Princess Diana once said, “A mother’s arms are more comforting than anyone else”.

The socio-economic development of the world cannot be achieved without the quintessential role of mothers, in all spheres of life, the arm of a mother is indeed the pillar which holds the centre.

Happy Mothers’ Day to all and may the story of Grace raise attention for the need for systems to be put in place to support mothers with handicap children especially children with disabilities to lessen their burdens.

Grateful for the solidarity in the face of this…

Francis-Xavier Sosu: CJ must resign or step aside to…