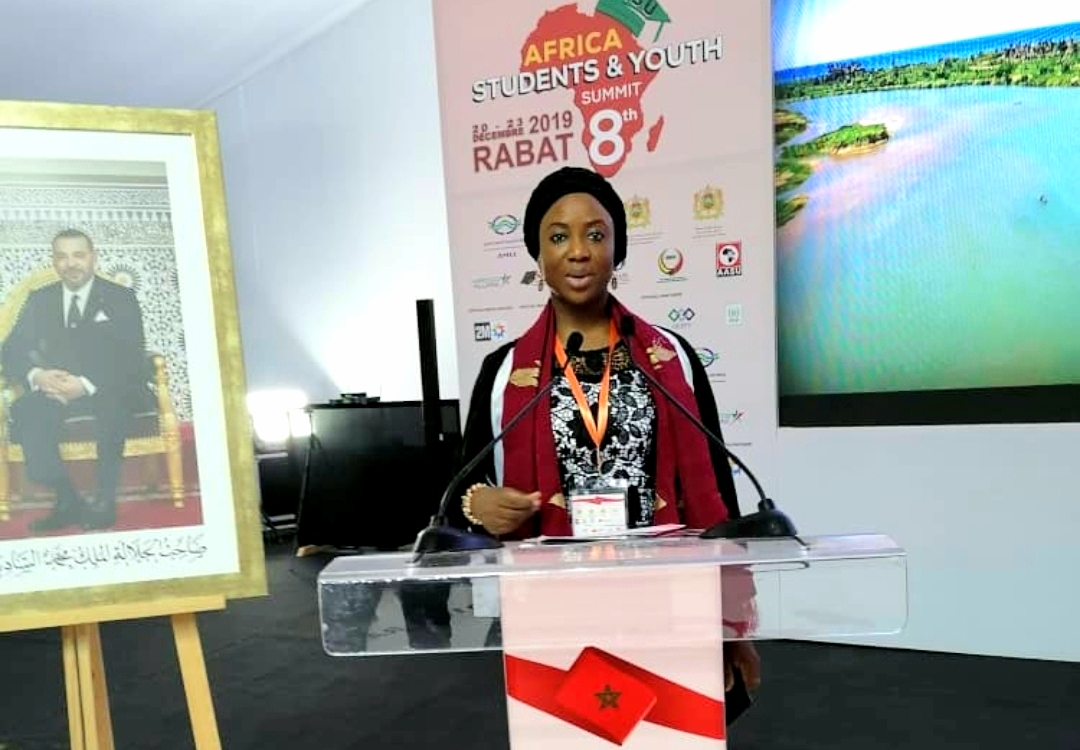 Airline operators in Africa have been urged to make air travel affordable across the continent. Currently, many passengers in the continent rely heavily on road travel from one country to the other due to exuberant fares of flight tickets.

Ms. Radia Adama Saani, an Aviation industry player in Ghana, made the appeal when she asked a panel of experts at the All Africa Students Youth Summit organised in Rabat, Morocco, exactly what could be done by airline operators in the regional block to make air travel an affordable venture in order to promote the two sectors (Aviation and Tourism) in the continent.

The industry player who made the appeal explained that the operations of the Aviation industry in the continent could gain significantly from this move (affordability) when observed critically and adopted by industry players.

This, would mean making traveling an integral part of development of the continent.

The question, which was in the form of an appeal made by the industry player followed complaints that many airline companies in the continent were struggling to stay in business. This primarily was due to high cost of airline ticketing, uncoordinated air fares (pricing), poor routine system among other challenges.

Where as some airline operators have already folded up following this high cost of ticketing posing as visible challenges negating their effort, those still operating in the industry were also finding it tough breaking even.

Consequently, passengers in the continent, suffer unduly securing international flights within the sub-region, and that ticketing was not only expensive for them to afford, but air traveling occasionally becoming cumbersome due to poor traveling routes.

Speaking in an interview on the sidelines of the summit after making her contribution known to the panel of experts, she explained that her appeal to operators in African continent was fundamentally to remind them to take up the task of making traveling in the continent less expensive.

“I told the panel that for Africa to succeed in trade, business transaction, and remained strong politically, connected geographically as a continent, we really needed an Aviation industry that was not only vibrant, but affordable, that could promote African business partnerships through the Aviation industry. Also I entreated all foreign missions in the continent to make visa acquisition an easy one among African countries” she noted.

In answering the question posed by Ms Radia Adama Saani on how Africa could improve the Aviation industry by making it affordable, Professor Justice Nyigmah Bawole, Dean, University of Ghana Business School, indicated that it was time for airline operators to adopt pragmatic policies necessary in shaping the Aviation industry in the continent using affordability of air fares as benchmarks.

According to the University don, there was a lacuna in the industry as identified by Ms. Radia Adama Saani, and that the continent really needed an action plan to improve the Aviation business for easy African connectivity.

As one of the moderators of the summit, the 2019 forty under forty achievers nominee, also engaged the Moroccan Ambassador to Ghana His Excellency Mohammed Farihat who was extremely elated connecting with the CEO of Moon Touch Travel Limited. She urged African leaders to take keen interest in promoting Travel and Tourism by adopting Visa free or visa on arrival policy for all Africans for both business and leisure trips across the continent.

The summit, based on the contribution made by Ms. Radia Adama Saani, encouraged All Africa Students Union (AASU) to use this as an opportunity to reach out to airline operators in the continent to endeavor to address some of these bottlenecks hampering air travel, and consequently international trade within Africa.

Ms. Radia Adama Saani emphasized that aside policy framework, airline operators in Africa ought to partner each other to make the aviation Industry work.

The opening session of the summit also discussed many areas of interest required to advance African countries, with emphasis on visible challenges, solutions in the continent.

On the way forward, speakers agreed that the only way traveling in the continent could improve was for airline operators in the African region to make air travel affordable which would assist in expanding the Aviation industry and make traveling easy for passengers.

The Summit in perspective

The summit was organised by All Africa Students Union (AASU) in partnership with the Moroccan International Cooperation Agency (AMCI) and the Ghana Morocco Old Students Association (GHAMOSA).

It was opened on Thursday December 19 and ended on 22nd December 2019 in Rabat, the Kingdom of Morocco.

The theme for the summit was “The future of work, prospects and challenges for young people”.

The summit brought together recognised youth groups, business tycoons, experts in academia, diplomats and professionals across the continent.